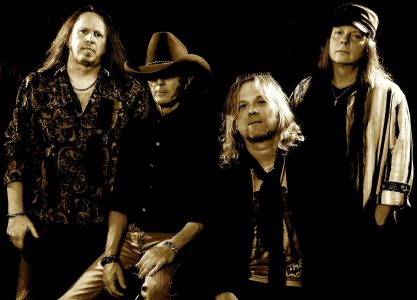 Chaisson was asked whether there was anything that he could point as the calling card on Kings of Dust‘s debut album to which he replied:

“Well, to me, one of the compliments we’ve got on the record, so far, is that none of it sounds the same. There’s 13 songs on the record, which most people put 10. But we couldn’t decide which one to leave off, so we decided to put them all on there. The first single is ‘Like An Ocean’. And that – it’s a really good song. It’s got a good groove. It maintains the groove throughout the whole thing. It’s got a good – an interesting message. So, you know, I would say that’s a good place to start. And if you like that song, you’ll probably like the rest of the record.

“The record is very ‘70s influenced. I know bands that are doing the ‘70s sort of vibe are really popular right now and there’s a number of younger guys out there doing it. And that’s I think that’s great. For us – and especially for me – I mean, that’s the generation I grew up being a musician in. I started being a musician in 1971. And, so, the influences that are on the Kings of Dust record are pretty authentic because I come to it from first-generation as opposed to the third or fourth generation. Not that there’s anything wrong with where you come from, where you get it from, which is, for me, writing these kinds of things is really 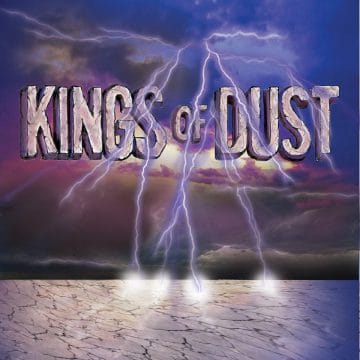 second nature to me. My influences are all from the ‘70s.

“You mentioned Badlands. This record doesn’t sound like Badlands, but what it does do that’s similar to Badlands is the influences that Jake E. Lee wrote – the way that he wrote was very ‘70s influenced and he’s from that generation as well. So, because of my affiliation with him and also coming from the ‘70s, it’s very ‘70s oriented. Those are my influences. The songs aren’t short. We don’t have any three-minute hit songs. The other songs are all at least four minutes long. There’s a lot of moving parts in the songs. It’s not just your standard verse, chorus, first chorus and solo and a chorus out. There’s none of that on there. I use a lot of parts because I find that interesting.

You can read the rest of the interview with Greg Chaisson at Boomerocity‘s website.