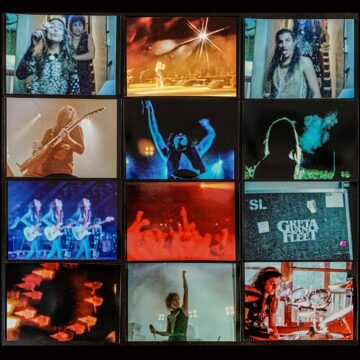 Greta Van Fleet frontman Josh Kiszka was recently interviewed by Kerrang! and spoke about what the band has been up to as he indicated:

“We’ve been kept very busy with the recording and a load of other stuff, and everything has been going great with the new music. It’s been a good time to develop and switch gears and do new things in the studio space. Previously we didn’t have so much opportunity to really go down those roads, as we were constantly touring. We are close to finishing [recording] now – we actually started in the summer of last year, but we couldn’t really begin again until 2020 due to the amount of live dates we still had to do. At the time it was a matter of fitting the recording around our existing schedule. Then we got together again and decided we wanted to start the next thing – that’s how it is with us; we always want to start ‘a next thing’ (laughs).”

In terms of how the band has evolved from its prior releases, Kiszka stated: “I think there has most certainly been change, but it’s very hard for me to have a great deal of perspective on it. Being at the heart of the process it’s tough to stand back and look at it. Have we evolved? Most certainly. We evolve as people every day and we’re constantly trying to push and challenge ourselves. That means not just musically, but philosophically and spiritually.”

With respect to the new material, Kiszka indicated: “Yes, and I would say that there’s going to be quite a reaction to this, because it is quite a bit different to what we’ve done in the past. But I’ll say no more about that for now. I want people to make up their own minds and make of it what they will.”