Michigan, USA based Greta Van Fleet have released a second single entitled “Safari Song” from their debut EP Black Smoke Rising, which is reportedly doing quite well in getting airplay with radio stations.

“Safari Song,” the second single from Greta Van Fleet‘s debut EP Black Smoke Rising (Lava/Republic Records), explodes out of the box this week as the #2 Most Added track at Active Rock radio with 15 adds. “Safari Song” follows the band’s breakout hit “Highway Tune” that occupied the #1 spot on the Mainstream Radio Rock chart for five consecutive weeks, has to date logged 6.4-million Spotify plays, as well as 3.4-million YouTube views for the companion music video. With already more than a million Spotify plays, check out “Safari Song” here.

“We were doing some writing and recording at Plymouth Rock, an old Michigan church that had been converted into a recording studio,” said Greta Van Fleet vocalist Josh Kiszka. “We were playing a bunch of old blues songs and Jake came up with this riff that I fell in love with. It had this complexity, this mixture of jungle music and blues, and it made me think of a safari, hence the title. As an ode to our love of the blues, the lyrics were written as a narrative, the way that many blues lyrics have been written.”

Greta Van Fleet is currently on the road playing a mixture of radio shows, major, multi-band festivals, and headline dates, all of which have sold out in advance, including multiple nights in New York, Los Angeles, Nashville and Detroit. At the recent Louder than Life festival, the band played to a crowd that the promoter estimated at 10-15,000 people – at 2:00PM. As one reviewer put it, “If you haven’t given these guys a listen, the time is now, this band is going to be huge.” 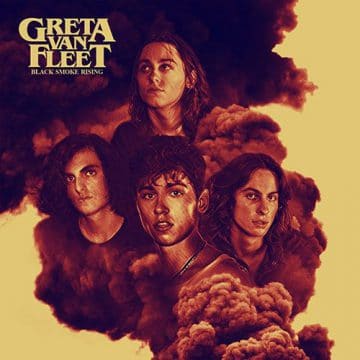 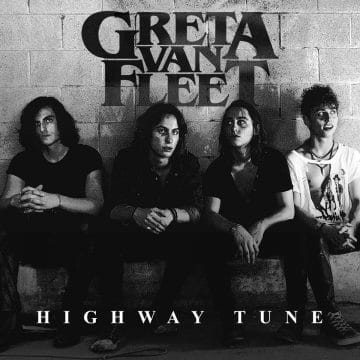 Greta Van Fleet is four young musicians, brothers Josh (vocals), Jake (guitar) and Sam (bass/keys) Kiszka, and best friend Danny Wagner (drums). Josh and Jake have just turned 21, Danny and Sam are 18. They’re all from the tiny Michigan hamlet of Frankenmuth known for its family-style chicken dinners and the world’s largest Christmas store. All four were raised on their parents’ extensive vinyl collections (shared influences are Muddy Waters, Lightnin’ Hopkins, The Who, Jimi Hendrix), and were encouraged to be creative, daring and innovative. Each band member has killer musical chops and Josh has a voice that is simply jaw-dropping. The band is making some of the most exciting, high-energy, sweaty, sexy rock’n’roll heard in a long time, and are bound and determined to bring real rock’n’roll back to the mainstream.

With their debut single “Highway Tune” spending five weeks as the #1 track at Mainstream Rock radio, more than 3.4-million YouTube views for the companion music video, 6.4-million Spotify plays, their first-ever tour of the U.S. completely sold out, and spectacular praise from the media, Greta Van Fleet is – in just a few months – as hot a developing band as one can be.