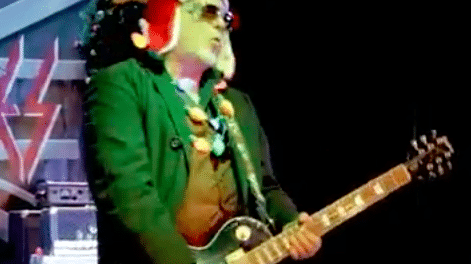 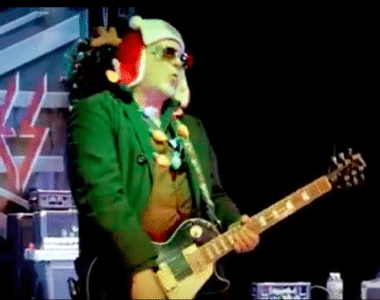 New York rockers Grimm Jack have released a video for their song “Merry Christmas To You.”

Back in 2012, Grimm Jack re-issued their holiday single “Merry Christmas To You” making the song available digitally for the very first time via iTunes.

Guitarist Jimmie Mack told Sleaze Roxx around Christmas 2012: “We actually recorded the Christmas song 20 years ago. It was a Grimm Jack song called “Crush On You.” I reworked the lyrics to make it a Christmas tune. I always thought it was cool that The Beatles made a Christmas flexi record for their fans every year. We put this out [on a red cassette!] over 20 years ago — we received a lot of radio play on it at the time. We decided to re-release it with a Christmas message and included the extended mix that breaks down into a blues ending. Dave [Leeds, drummer] saw a photo of a family with Santa and photo shopped our heads onto the kids bodies for the cover.”