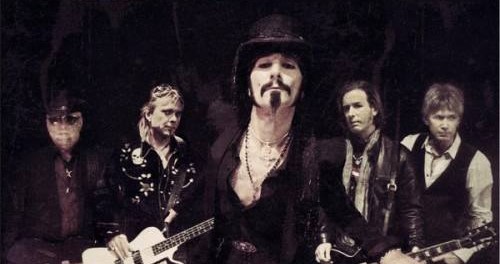 Grimm Jack are back with a new album entitled Thick As Thieves and a video for the song “Rotten To The Core” from that new album.

Sleaze Roxx readers may remember Grimm Jack who released a three song EP entitled Damned back in January 2012. Sleaze Roxx stated in its review of Damned: “Confirming my suspicions that every long haired band from the ’80s will eventually return, in one form or another, is New York’s Grimm Jack. Originally forming in 1985, this five piece released some singles, EPs and the Jailhouse Tattoo album while searching for that ever elusive major label recording contract — unfortunately a tsunami named grunge washed away that possibility in the mid-’90s. However unearthed once again, like a scene from the movie Jurassic Park, Grimm Jack resurfaced in 2010 with the end result being their new three-song single called Damned.” Sleaze Roxx concluded: “If Damned is strictly an attempt to get Grimm Jack‘s feet wet once again it serves its purpose. With four-fifths of the classic line-up intact, hopefully Grimm Jack don’t let an indifferent music scene (towards hard rock in general) derail their progress for a second time — because I’m interested in hearing what these seasoned veterans can pull off on a full-length album.”

Speaking exclusively to Sleaze Roxx, guitarist Jimmie Mack explained the delay between the band’s 2012 EP Damned and the new album Thick As Thieves as follows: “Since Damned was released the band has been playing shows, writing and recording new material for Thick As Thieves (which is available on CDbaby, iTunes, Ebay, Amazon). We recorded at Mick James (“Mick James Is Dead”) Freedom Of Speech Studio. Our lead singer Billy Kohout was involved in a car accident and required neck surgery – Thankfully he fully recovered voice intact! That set us back in completing the album but we think it was well worth the wait!” 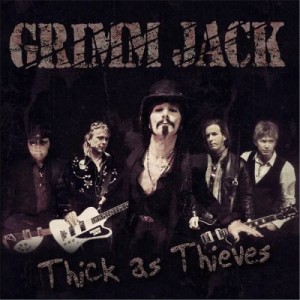