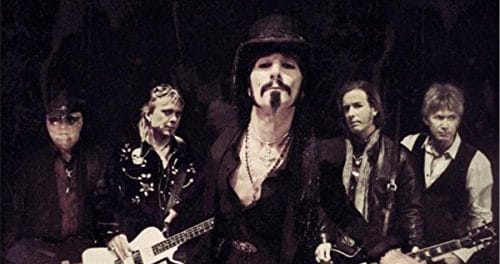 New York rockers Grimm Jack have released a video for their song “Sex Drive” from their Thick As Thieves album, which was released back in August 2015. 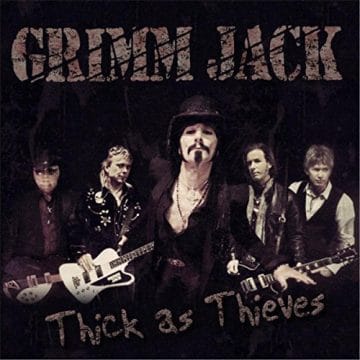 Sleaze Roxx stated the following in its review of Grimm Jack‘s Thick As Thieves as well as the song “Sex Drive”: “Grimm Jack‘s Thick As Thieves is a diverse and rocking collection of songs that includes the three tracks that were on the group’s 2012 EP Damned…. So what about the rest of the songs on Thick As Thieves? Well, in a nutshell, they really rock while providing some nice variety. The contrast between frontman Billy Kohout‘s raspy whisky soaked voice, the great guitar riffs and old school soloing, and the strong backbone rhythm section of drummer Dave Leeds and new bassist GG Zen-Garten make for some fun rock and roll. “Rotten To The Core — which is featured in a video — gets the party going very quickly and is just a fun rocking song. “Sex Drive” starts off with a cool riff before slowing down to a snail’s pace before kicking right back at an amazing fury with some nice harmonica touches from Kohout.”

Sleaze Roxx included its review by stating: “Grimm Jack advertise themselves as playing “quality rock and roll.” It’s one thing to come up with a cool advertising gimmick and it’s another thing to be able to back it up. In the case of Grimm Jack, Thick As Thieves is the content that backs up the gimmick “quality rock and roll.” If you were to pick up only one album this year, you would be making an excellent choice in picking up Grimm Jack‘s Thick As Thieves.”