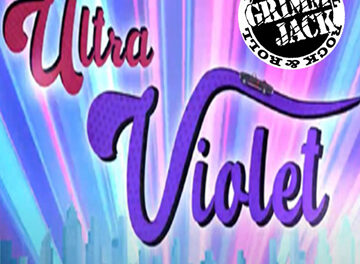 Speaking exclusively to Sleaze Roxx, Kohout described the idea behind the video: “We wanted to do something very different for this video. Joey Masters was the one who suggested doing it in animated form. I wrote the treatment for it, and came up with the characters — “Jack” as in Grimm, and “Violet” as the Femme Fatale. The basic idea was a cat and mouse chase. Jack is infatuated and enamored with Violet, but never quite gets her in his grasp. She’s better, faster, and smarter than he is. Unfortunately for him, he pays the ultimate price in the end, as it goes too far and he dies in a fiery car crash. Violet only then realizes she was in love with him the entire time, but now it’s too late. The game is over.”

In terms of what the song “Ultra Violet” is about, Kohout indicated: “The premise of the song is basically about an “ultra” hot woman that is way too hot and dangerous to touch.” Mack added: “She is compared to other famous “bad” women in history — Medusa and Delilah — who caused Samson‘s downfall.”

With respect to Grimm Jack releasing singles in advance of their next album, Kohout stated: “Once again, we wanted to launch this record in a different fashion. We felt releasing a single at a time, would build a frenzy of anticipation with our listeners. So far, it’s worked [with] almost 300,000 plays on the first three releases on Spotify alone, and another 75,000 in YouTube views. The album is called Snake Oil & Skullduggery and will be released on CD and limited color vinyl in early 2023.”