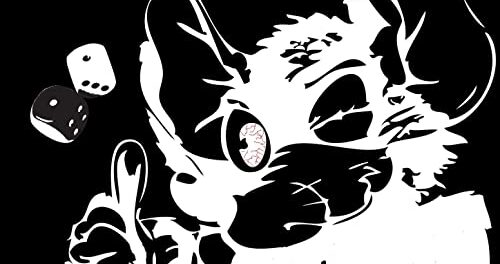 Rough Cutt guitarist Chris Hager was recently interviewed by Andrew DiCecco for Vinyl Writer Music. Hager was in the band Mickey Ratt with Stephen Pearcy starting in 1977 before leaving the group in 1981, which eventually became Ratt.

With respect to how Mickey Ratt got formed, Hager recalled: “We actually met – Stephen [Pearcy] and I go back even further than that – to about 1976. I was living in South Carolina at the time; we moved back there for like five years, and that’s 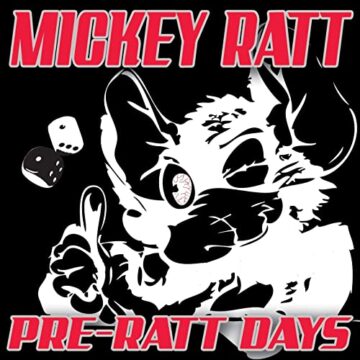 where I went to high school, started playing, and all that. I came back to San Diego, and I had this one childhood friend, and it turned out that he started playing guitar at the same time I had. He was just doing jam stuff — and I had already been in three bands at the time, so I had played with some better players than me who had helped season me a little bit – so I said, “Look, man, we gotta put a real band together. Do you know any singers?” He said, “Well, I met this one guy named Steve at the boardwalk.” I said, “Well, let’s get him over here!” So, we were just rehearsing in my friend’s garage, just doing covers at the time, and we brought Stephen in. He was just kind of this trippy guy; he was kind of shy, and he came in and stood in the corner. We couldn’t really hear him that well, but we could tell that he could sing; he looked great.

The funny thing about it is that he asked me for a ride home, and I said, “Sure.” So, on the way home, he really opened up. He goes, “Man, this could be done.” And I was like, “Man, what are you talking about?” And he’s going, “This could be done, man. We can do this. We could be huge.” I had never heard anybody talk to me like that before, ya know? He definitely had the fire. It was sort of the perfect combination, and so he and I became fast friends. About a year or so later, we broke off, and that’s when he came up with the name Mickey Ratt, which was from a comic book; we just added another ‘T’ to avoid copyright infringement. This Mickey Ratt was sort of the antithesis of Mickey Mouse, right? He was sort of this dope-smoking, womanizing, beer-drinking glut. It was sort of funny because there were a few parallels there! [Laughs].

So, we started doing the rounds in San Diego, and we became the house band at some of the San Diego venues. But the thing about San Diego was, even though it’s only 120 miles from L.A., it’s like two different universes. Culturally, it is really lacking down there, and I would have to say it still is, especially when it comes to rock music. Basically, Stephen said, “Look, we gotta move to L.A. if we’re gonna get anywhere.” He had been going up there and met Eddie Van Halen and was all fired up. It took him a little while to convince me, but once I decided to do it, there was just no going back. So, we moved into this little garage that was sort of fixed up into a room, and this lady, who was the mother of an old friend of his, was kind enough to put us up in there; we rehearsed in there, we slept in there, we partied in there. That’s when we shortened the name; it was M. Ratt for a while, and then it became Mickey [Ratt], and then it finally became Ratt, which is about the time that I left. It was amazing because we were playing all the clubs that were around at the time in L.A.

Honestly, [the scene] was not actually good for the music we were playing; everybody was still wearing skinny ties. Disco was pretty much gone by then, but that whole new wave thing was still the deal. In fact, I remember this one promoter telling us, “You guys gotta cut your hair,” and it was just bullshit. I’ll tell ya who changed that – it was Mötley Crüe. We’re talking about ’81 when their first EP came out on Leathür Records, and they were a phenomenon from Day 1. I remember their first show at the Whisky, and they changed the game. Then, everybody wanted to look like them; everyone wanted to sound like them. The thing is, is that it just caught on, and record companies started signing everybody that looked and sounded like them. And that’s really how it went down. You already had Van Halen; they had been a few years earlier and were already an international phenomenon by that time. Mötley, they were all from the [Sunset] Strip; their pad was right up from the Whisky. So, them, us, Quiet Riot guys, we were all hanging out on the Strip at the time. So, it was about a year and a half after we moved up there that that change started happening. Then it was like, “Okay, cool. Now we can do something.””

You can read the rest of the interview with Chris Hager at Vinyl Writer Music‘s website.