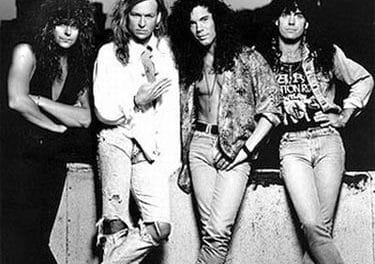 Brighton Rock and Storm Force guitarist Greg Fraser was recently interviewed by Dan Savoie for 519 Magazine in advance of the release of Storm Force‘s debut album Age of Fear, which will be released via Escape Music on January 25, 2020. 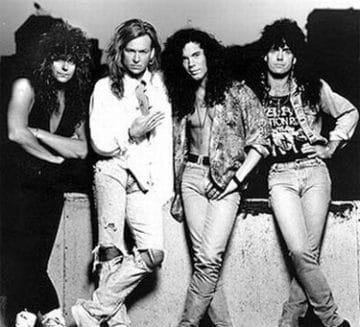 Back in February 2019, Brighton Rock released their first new song in 28 years with the track “End of Time.”

In terms of why it took so long for Brighton Rock to release a new song, Fraser explained: “The band broke up in the early ‘90s and then I joined a group called Helix. I was with them for over three years after that. And we didn’t, that was it. We broke up and then once we got offered to do this one particular festival in England in 2012 called Firefest. It was so exciting right away. It was like, “Let’s make a record again.” Right? “Okay. Let’s try.” And then we soon realized that it’s not like the old days, because back in Brighton Rock, that was our full time job. Seven days a week, 24/7, everything was Brighton Rock. So we’d work on a record, we could work on it 12 hours every day. It’s not like, “Okay, I can’t record anymore because I got a job to go to,” or, “I can’t, I got to do this.” No, no. That was number one. That was your first priority.

We soon realized back in 2012 when we started trying to make a record. It was like, “Huh, okay, when are you available?” “Okay, I’m available in three weeks on a Tuesday.” “Okay, well, I can’t make that one, but I’m available in two weeks.” “Well, I can’t.” So there was always one guy or two guys could never make it. We could never get us together in the same room. It’s impossible. Even just to rehearse for a show, let alone trying to make a record. But we tried. We just kept kind of chipping away at it.

I think we had about eight songs, they were written on my part, the songs were finished, but we couldn’t record them. So you hear these eight different songs that still needs a bass track or it still needs backing vocals, but it doesn’t have vocals yet because he hasn’t wrote the words.

But that one particular song, “End of Time”, was the one song that was completely finished. We just happened to have that one completely finished. And then we’re getting close to finishing the second one and its like, “You know what, let’s just put it to rest. Our singer’s got to go to Europe for his record company conventions and he’s going to be gone for six weeks.” And then we just never went back to it. I just soon realized, “This record’s never going to get done. Let’s just put it to rest. Maybe someday things will change, we can revisit it.” But that was the one song that got finished and luckily we even have that.”

You can read the rest of the interview with Greg Fraser at 519 Magazine‘s website.

Wikipedia states the following about Brighton Rock (with slight edits):

In 1992, guitarist Greg Fraser joined Helix, replacing Paul Hackman. Fraser remained with Helix for four years. Also in 1992, McGhee auditioned for Mötley Crüe who were replacing their departed singer, Vince Neil. The band regrouped for a reunion tour in 2001, releasing the live album A Room for Five Live in 2002. In 2006, a greatest hits package was released titled The Essentials. In January 2007, Fraser and Skreebs formed a new project known as Fraze Gang. The album Jackhammer came out in early 2008. An EP called Don’t Call Us was released in late 2009.

The band regrouped again Thursday October 30, 2008 at the Phoenix Concert Theatre in Toronto for a benefit concert for fellow Canadian rocker Carl Dixon who was injured in a car crash.

In late Jan 2012, it was confirmed that the band would perform at the Firefest Festival in Nottingham, England in October 2012.

On Saturday October 13, 2012, the band regrouped again for a sold-out show at The Rockpile in Toronto and announced that they would be coming back to The Rockpile in April 2013.