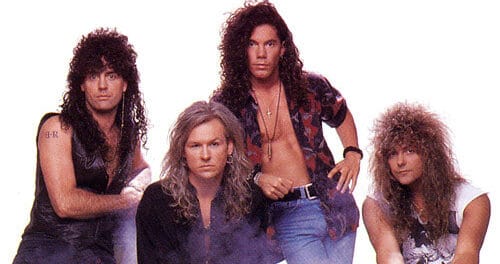 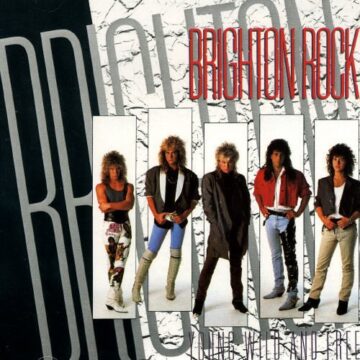 Fraser discussed each of Brighton Rock‘s three studio albums and what led the group to disband in 1992.

With respect to Brighton Rock‘s debut album Young, Wild And Free, Fraser indicated (with slight edits): “The record was recorded in 1985, in Toronto, at Phase One Studios, with legendary producer, Michael Wagener. Legendary producer, Jack Richardson, also helped out a lot with pre-production, which was very essential. The process was effortless because we were so well prepared going in, and Michael was so much fun to be around that it was a pleasure making that record. It was very exciting watching, and hearing everything being recorded at such a state-of-the-art studio that the time just seemed to fly by. We had a lot of laughs making that record for sure!”

Brighton Rock‘s “We Came To Rock” video (from Young, Wild And Free album):

In terms of Brighton Rock‘s sophomore album Take A Deep Breath, Fraser stated: “Another effortless record to make. Jack Richardson took over as producer, and once again, the process was pretty smooth, especially because of the pre-production we 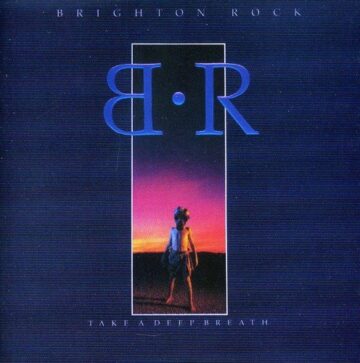 did with Jack prior before entering the studio. Jack was a huge part of making that record fun, and stress-free. He could have been a stand-up comedian if he wanted. We knew were in very capable hands with Jack, and the results speak for themselves. It was our biggest selling record worldwide, giving us opportunities to tour the UK for the first time, which was a blast, and a dream come true. I’m very proud of that record.”

In regard to Brighton Rock‘s final and harder edged album Love Machine, which was released in 1991, Fraser noted: “We definitely did not want to repeat ourselves on that record, and keyboards were becoming too polished sounding for what was being released at the time. A lot of tougher sounds were becoming more popular with the likes of Guns ‘N Roses, and Skid Row, and keyboards were considered uncool, and wimpy. Most of the new songs I was writing did not lend themselves to keyboards anyways.” 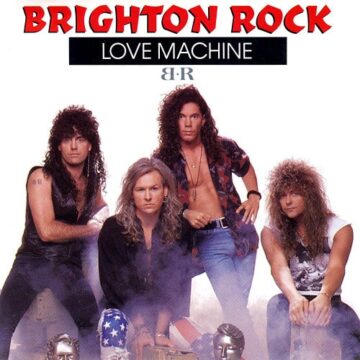 In 1992, Brighton Rock disbanded. Fraser was asked what led to the demise of the band at that point and whether he thinks that the group got its just due to which he replied:

“After the Love Machine tour, we were pretty burned out from the years of touring, and we felt at the time that we were at a crossroads. It felt like we were treading water. We fired our manager, and could not find anyone that could help us break the USA to get us to the next level. Our singer, Gerry, decided he wanted to move to L.A. to take another shot on his own, which pretty much cemented the end of the band. It was tough to swallow at the time, but looking back, it was the perfect time to end it. We left on our own terms, with our heads held high, very proud of what we had achieved.”

You can read the rest of the interview with Greg Fraser at Vinyl Writer Music‘s website.