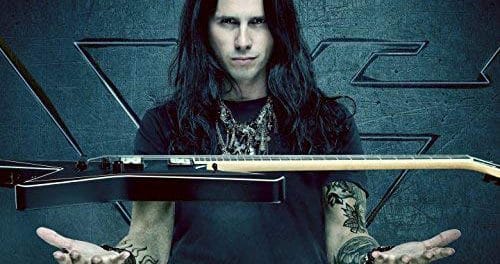 Former Ozzy Osbourne guitarist Gus G was interviewed by Ryan Witting for the Rockin’ You All Night podcast back in September 2018. 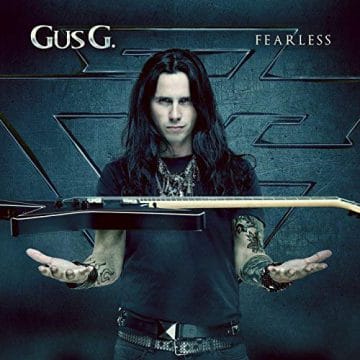 Gus G‘s latest solo studio album Fearless was released via AFM Records back in April 2018 and includes a cover of Dire Straits‘ hit single “Money For Nothing.”

When asked about what made him decide to cover the song “Money For Nothing”, Gus G advised (as transcribed by Rockin’ You All Night with slight edits): “It was my wife’s idea. I wanted to do a cover, at least one or two for this record…. I was making a short list, just writing down songs and she [his wife] goes, ‘You should do “Money For Nothing.” Then, I looked it up on YouTube to see if there’s been any recent remakes, and I didn’t really find anything. I got the idea to revamp it, and make it a bit heavier.”

In terms of how the song “Maniac” ended up being covered on Firewind‘s 2008 album The Premonition, Gus G indicated: “That was actually Bob‘s [Firewind‘s keyboard player Bob Katsionis] idea. He suggested it out of the blue. We were finishing up the recordings of the album The Premonition, and it was like our last day in the studio, and he [Katsionis] said, ‘We should do something… for a bonus track.'” Gus G added: “It was intended to be like a bonus track, and it ended up being on the main track list on the record. I think that it’s our most streamed song on Spotify. It seems like it has got a life of it’s own.”

Gus G performing cover of Dire Straits‘ “Money For Nothing” at Pumpehuset in Copenhagen, Denmark on Apr. 6, 2018:

On tour with Jesper Binzer (D.A.D)

Interview with Gus G by the Rockin’ You All Night podcast:

In this episode of Rockin’ You All Night, guitar virtuoso: Gus G is interviewed. In this interview, at BLK Live in Scottsdale, AZ, Gus talks about; his curr…