On opening for Bon Jovi at Madison Square Garden in New York City, New York, USA back on May 10, 2018, Marcello indicated (as provided by the 80’s Glam Metalcast podcast with slight edits): “When he was on his last tour, he was having 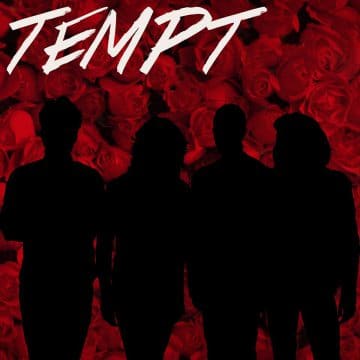 local acts open up for him. He chose us to open for him at Madison Square Garden. The whole experience was amazing. He only gave us a 20 minute set. We met with him before we went on and he told us why he only gave us 20 minutes. He explained that when Bon Jovi played MSG for the first time opening for ZZ Top, they were all so nervous they played their 30 minute set in 20! He was really gracious to us. With the kind of operation he runs, you can tell why out of all the 80’s bands, he’s still on top. We sound checked before them. We thought we would have to take all our gear off the stage for them to do their soundcheck. His crew was like, they’ll just play around you. That just shows how down to earth he is. We’ve played with D-List bands that were so arrogant, they made us tear down all our gear after sound checking.”

On getting noticed by Def Leppard, Marcello stated: “When we covered “Women”, that got Def Leppard’s attention. First, Rick Allen tweeted out to his followers. We thought it was a fake account! Then the whole Def Leppard social media team was tweeting it and putting it out on Instagram and Facebook. That was a pretty surreal moment. Their music is hard to cover. When we do a cover, we like to be true to the original, but also put our own spin on it. Hysteria is so perfect, there’s a lot of needles to thread on how you put your own spin on it without ruining it.”

You can listen to the interview with Harrison Marcello on the 80’s Glam Metalcast podcast below: