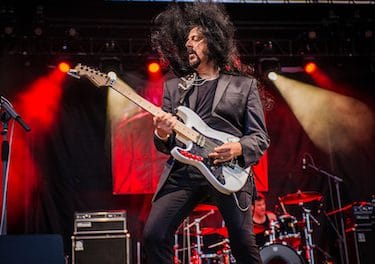 Autograph and House of Lords lead guitarist Jimi Bell was recently interviewed by Marcelo Vieira for Brazil’s Marcelo Vieira Music. The interview was first published in Portuguese but translated into English and posted on Bell‘s website. 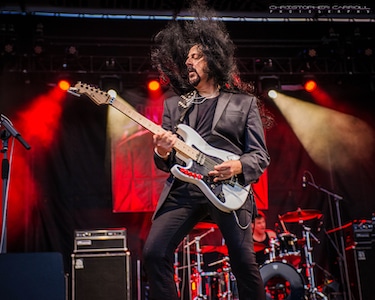 Vieira pointed out that sometimes, he gets the impression that Christian is always doing a million things at the same time, Bell replied: “Yes, and that is very bad. That’s why Chris, BJ and I formed the Maxx Explosion. The House of Lords would be on the road for a month, sometimes less, and as soon as we got home, James declared work open for the next album. I said, “James, we barely did any shows to promote the previous one and are you already thinking about the next album?” Only it never worked.”

Vieira also pointed out that he received an e-mail from Bell indicating that the latter hadn’t spoken to Christian in a long time. Bell indicated: “Yes, it’s been a while since we last spoke on the phone. Not that we’re pissed off at each other. For example, I only knew that the album had been released when I woke up the day receiving all those messages congratulating me, etc. I was like, “How?””

On whether he was informed of the album’s release date, Bell revealed: “No. Just like the clip, I only knew it when I opened Facebook and saw all those messages. I thought, “ok, right …” [laughs]. This time everything was different. Usually, James sent the mixes for me to listen to, but he didn’t do it this time.” Bell added: “I will not raise false testimony against him. Things are as they are.”

In terms of whether Christian got jealous of Bell‘s side projects, the guitarist stated: “Maybe, but joining Autograph was too good an opportunity to refuse. If it weren’t for the pandemic, we would be doing one show after another. The schedule was full for the middle of the year. And the cool thing is that we’d be playing at a lot of festivals with a lot of other bands – Vince Neil, Queensrÿche, Slaughter, Stryper, Vixen, Black ‘N Blue, KIX – and I love it because it’s always great to play for large audiences!”