Guitarist Johnny Monaco out of L.A. Guns and Adam Hamilton back in

It’s Sunday, June 17th and it is approximately 4:30 pm… and I’m looking at a post that Phil Lewis, of L.A. Guns shared. It’s Johnny Monaco playing guitar. Fans are commenting and suddenly BAM!! Phil made this comment, “Goodbye Johnny. It was nice while it lasted. Good luck in all things to you. The road’s gonna miss you”. This prompted fans to ask, “Ehh huh”? and “What’s up Phil? Are you serious? Johnny is leaving”? 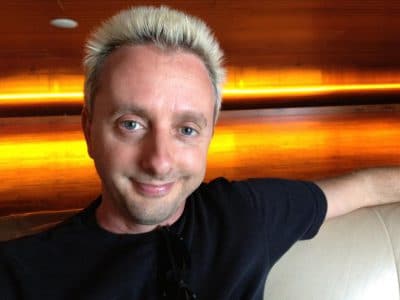 While Phil Lewis will gladly deliver the news, he doesn’t always feel the need to give an elaborate explanation or go into detail about band situations. He spells it out and then moves on. He did, however, pop in with another comment under that same Facebook post, “Welcome back Adam Hamilton”.

Adam, if you’ll remember, is a past L.A. Guns member from 2001 through 2007. At that time, he played bass in the band. Adam lives in Los Angeles and is also an accomplished producer and session musician who plays guitar, bass, keyboards and drums.

I’ve seen L.A. Guns more times than I can count in the last couple of years and they are sounding excellent. We have to keep in mind that this band is Phil Lewis and Tracii Guns. The other members sound great but if they feel their needs to be a change, I trust it’s for the best and we will all benefit.

Side note, I’m told that everyone is happy and Adam is giddy to come back.

As you know, L.A. Guns are currently in the studio recording songs for their next album! I’m sure they won’t miss a beat and Tracii can obviously play all guitars on the record but I do wonder if Adam is participating as a guitarist or as a songwriter (he’s been a credited songwriter on past L.A. Guns records). This could be interesting! 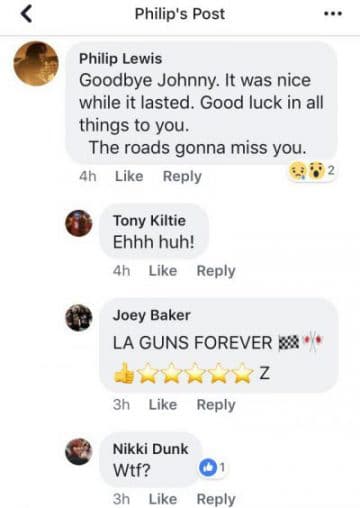