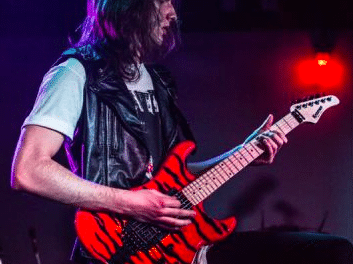 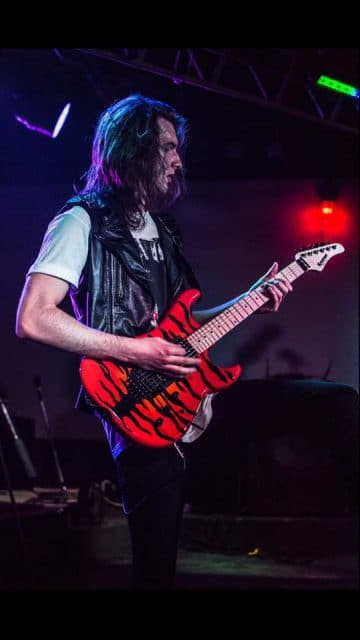 Dextress founder and guitarist Mark Janz was recently interviewed by The New Wave of Hair Metal‘s assistant admin Tim and spoke about the group’s self-titled debut full-length album, which was released in October 2017 and which landed the #8 spot on Sleaze Roxx’s Top 10 Albums of 2017.

In terms of how he would describe Dextress‘ sound, Janz advised: “I would say the Dextress sound is glam for the 21st century. It has a huge ’80s feel to it, but the perfect amount of a modern edge that keeps the music familiar yet unpredictable. Many bands in Canada at least do have that retro feel, but not many with an ’80s arena rock vibe, which I think makes us stick out. It’s definitely music for excitement and adrenaline, but there’s lots of identity in those songs that I feel lots of people can see themselves in.”

With respect to which song is his favourite on Dextress‘ debut full-length album, Janz stated (with slight edits): “I think my favourite has to be “Play Nice.” I think it has a super catchy and infectious melody, and it’s a fun theme lyrically. Hilarious piece of trivia for you, “Play Nice” was actually inspired by a song by the Backstreet Boys! As an elementary age kid, I was actually a huge fan of them (I know, embarrassing right?) and I think their influence on me was the sense I have for super catchy melodies. So “Play Nice” really drove home that element from them of really catchy and “stuck in your head” melody. While the instrumental is pretty simple, it drives and grooves really well, and is able to be a little more laid back than the other tunes while still rocking hard.”

You can read the rest of the interview with Janz at The New Wave of Hair Metal‘s Facebook page.