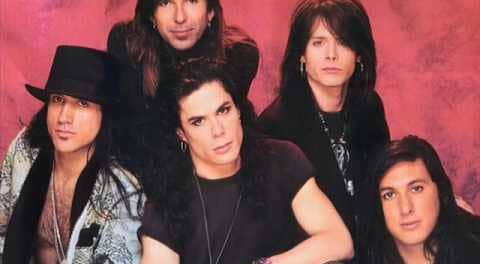 Former Bang Tango guitarist Mark Knight has been on a quest for sometime to reunite the original Bang Tango line-up.

Back in January 2016, Knight advised Sleaze Roxx in an interview as follows: “I think I hit [singer] Joe [Leste] up about a mutual friend that had passed away and I kind of reached out to Joe about him. We ended up — by the end of the conversation, 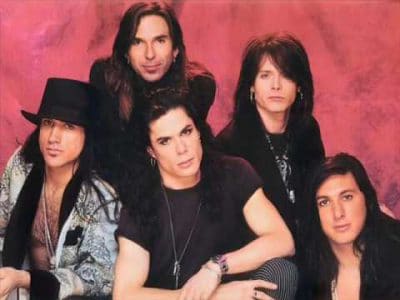 we were talking about when we get onstage again and everything just sort of [got] washed under the mat. It all just went away, You know, we did do some great stuff together in the band and it’s like, “We are not getting any younger. Why not do something with it?” So I tried to do kind of a reunion this summer with all the original guys. It just did not pan out for personal reasons. Not me, but just the dynamics of bands. Couple of things went bad. Not between me and Joe, so I went down there and had a little reunion with him and got up onstage with him. You never know where it is going to go.”

The following message was posted on Knight‘s Facebook page about an hour ago:

“I was hoping once again for a Bang Tango reunion recently to make all you fans happy! Joe’s Bang Tango is rolling into town, L.A, in October and playing the Whisky a Go-Go. My idea was for my Unsung Heroes to open, and me and Kyle Stevens, and possibly the other members, to join Joe on a couple tunes at the end of their set. Joe seemed really down with the idea but the Whisky booking folks felt they didn’t want to “disrespect me” by suggesting I would have to pre-sell tickets! Yeah, pre-sell tickets to open for my former band. N so much! Most likely they have five other bands doing that. With all due respect, it all sounds a bit like bullshit, but hey, I tried once again for all you die hard fans to get some kind of reunion of the original Bang Tango band together. Love ya all and keep up with Mark Knight & The Unsung Heroes! Always fresh music coming out of my camp!

One person who was not excited at the prospect of an original Bang Tango line-up reunion was the band’s current bassist Lance Eric who advised Sleaze Roxx in an interview back in April 2016: “My only issue is people who don’t understand that this is my job. By them coming back, it eliminates our jobs. Much respect to all of them but it’s not the Guns N’ Roses reunion with millions of dollars at stake here. I used the example of this. Let’s say you busted your ass for a company for over 11 years and one day your boss tells you that a guy who quit over 20 years ago wants to come back and now I’m out of a job. Who would be cool with that? None of this would even be an issue if the band wasn’t being offered great shows like Rocklahoma, the Monsters of Rock Cruise — four times so far, M3 [Rock Festival] multiple times and many many shows all over the world. We are doing great now finally with a ton of help from Sullivan and his great staff at Bigg Time [Entertainment] Inc. Mark is too good to do the club dates but wants to do the big show and go home with his pocket full. That’s not how it works. I don’t care who you are.”