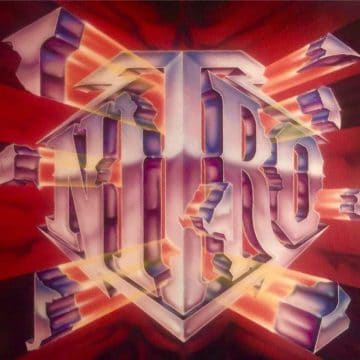 Batio was asked what happened to Nitro‘s comeback from a couple of years ago to which he replied (as transcribed by the 80’s Glam Metalcast with slight edits): “[Singer] Jim [Gillette] and I came to the agreement that we already had said what we had to say. We tried it, but it wasn’t the same. We don’t even talk about music anymore. We are just friends and brothers. He’s been very successful at business and loves it and I am still out here playing and touring.”

In terms of his thoughts on the Nitro days, Batio indicated: “The thing about Nitro — it was a blessing and a curse sometimes. I got a label that all I do is play fast. The president of the record label [Rhino] literally told me “Michael, I want you to over play all the time.” That is what he wanted me to do with Nitro, but I wouldn’t have a career today if all I did is “play fast.” I think our music was great. We had really catchy songs. The problem was we had a young band and the label told me to overplay and they told Jim to sing an octave higher than Geoff Tate. They wanted the production to be really abrasive. Like the production of …And Justice for All, some people love it and some people hate it. We were purposely mixed and mastered that way. I think the songs have stood the test of time and the performances were real. It was analog tape- you can’t fake that stuff. We were the real deal.”

You can listen to the interview with Michael Angelo Batio by Metal Mike for the 80’s Glam Metalcast podcast below:

In this episode I talk to a guitar legend – solo artist and from from Nitro fame – Michael Angelo Batio. We talk what he is up to today and hear some classic…