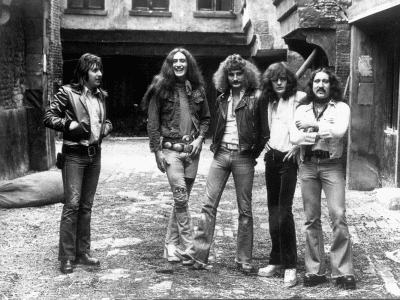 Box was asked to explain why Uriah Heep did that to which he replied: “We were being pushed very hard by our management at the time, so we never let our foot off the pedal for a decade! It was a combination of not wanting to lose any ground or success by having a break and in truth, part management greed.”

In terms of playing Uriah Heep‘s signature song “Easy Livin'”  (which was covered by W.A.S.P. on 1986’s Inside The Electric Circus) night after night, and keeping it fresh, Box advised: “The audience make it fresh every night. Once we start the keyboard intro and the fists go in the air, that feeds us the adrenaline that makes it feel like it is the first time we have ever played that song.”

You can read the rest of the interview with Mick Box at KNAC‘s website.