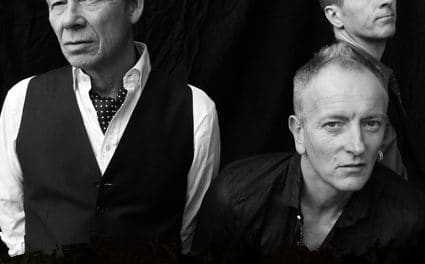 Def Leppard and Delta Deep guitarist Phil Collen was recently interviewed by A. Lee Graham of Classic Rock Revisited and complimented about Manraze and how the combination of the Police, reggae and punk worked well.

Collen replied: “Thank you. The [Manraze] albums will be re-released. They never really got a good shot, to be quite honest. We’re talking about a [new] song, too. [Sex Pistols drummer] Paul Cook this summer stayed over at my house and we recorded something for his New Professionals album. We recorded three songs. Manraze hasn’t split up. We’re just waiting for the right time to put something out. We’re thinking of a best-of of the two albums. The Police are my favorite band of all time.” 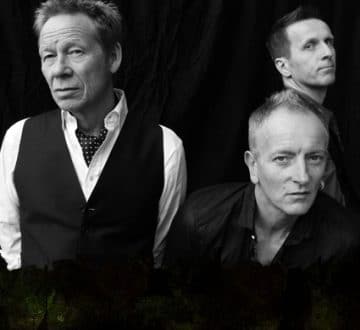 is as follows (with slight edits):

After successfully establishing then further cementing their reign as ‘musical ingénues of political rebellion’ during the late seventies’ UK punk rock scene, the Sex Pistols disbanded in 1978. Aside from being involved with numerous projects & bands, Paul together with fellow Pistols’ guitarist Steve Jones went on to release a series of Sex Pistols singles without John Lydon for use in Malcolm McLaren‘s fictionalized satire of the Pistols story ‘The Great Rock n Roll Swindle‘. Throughout the 80’s & 90’s, Paul continued to record and now continues to tour most notably with Edwyn Collins. Also in 1978, Simon’s brother Gerry Laffy founded Girl with lead singer Phil Lewis. In 1979, both Simon and Phil joined Girl.

Phil Collen joined Def Leppard in 1982 during the Pyromania album recording sessions. Pyromania yielded the hits ‘Photograph’, ‘Foolin’, & ‘Rock Of Ages’ among others and was Def Leppard’s breakthrough album which turned the band into international rock-n-roll superstars almost over night. Pyromania sold in excess of 10 times platinum and received a Diamond Award in the US and Canada. Hysteria, their next album, topped Pyromania yielding 7 chart topping singles. Def Leppard, now at 100 million albums worldwide. went on to create and sell history making albums throughout the decade.

Fast forward to 2004 after the release of countless singles and record breaking album sales found Paul Cook, Simon Laffy, & Phil Collen joining forces to form Manraze, a modern rudeboy mixture of punk, rock, & reggae. The band released the limited edition EP ‘Skin Crawl‘ in 2005 and issued their debut album Surreal on June 3rd, 2008 via VH1 Classic Records. Surreal was released in the US and the UK to rave critical reviews comparing the band to the Police, the Foofighters, and the Clash.

August 2011, Manraze released their second album aptly titled ‘Punkfunkrootsrock’ (released on Rocket Science Ventures) paying homage to their many musical influences throughout the years. The album was unleashed amid a flood of expectations that it aptly rose to. A diabolically clever cover of Jimi Hendrix’s ‘Fire’ is among the catchy & eclectic set of tunes that are instant classics which permeate the album. Twelve new tracks highlight Manraze’s re-emergence into the rock/dub/soul music scene as 3 powerful musicians who possess the energetic prowess, aggressive live genius, and wide range diversity of prototype artists like Jimi Hendrix, The Rolling Stones, U2, Nirvana, the Sex Pistols, Def Leppard, and many others who haveleft their indelible marks on musical history.”

First let us note that the Jimi Hendrix estate gives performance permission very sparingly. The classic release ‘Fire’ has been a staple of Manraze’s live sh…