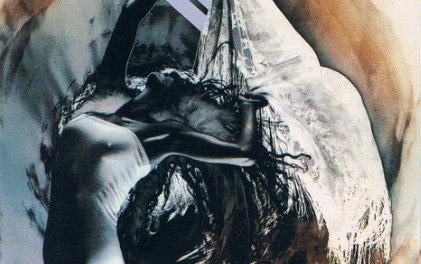 Hurricane, Diane & The Deductibles and tribute band Idol X guitarist Robert Sarzo was recently interviewed by Mick Michaels for The Cosmick View and the guitarist was asked about what gave Hurricane the edge over other bands back in the ’80s. Hurricane ended up releasing four albums: Take What You Want (1985), Over The Edge (1988), Slave To The Thrill (1990), and Liquifury (2001).

Sarzo indicated (with slight edits): “Our dedication. We were striving for our best. We were competing within each other. 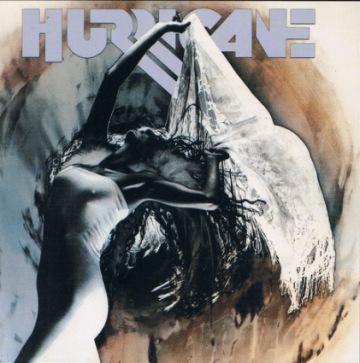 We brought in experience that we already had acquired before Hurricane came about. Speaking for myself, I already had done tours opening up for Bob Seger, Boomtown Rats….a lot of bands. On the East Coast, I had done a record in 1979 which was released in 1980 on Arista Records. That band was DL Byron. We had videos out before MTV was even out. They would play our video with the HBO movies. “Listen to the Heartbeat” was one of our first singles.

So when I left Jersey and moved to L.A., I already had the experience of doing arenas…I had the feel of what needed to be done and when and how…so that gave us an edge. People then were kind of curious of what we were doing… Tony had already been in Quiet Riot. When Tony and I met actually, Quiet Riot had not launched, hadn’t really made it yet. So we just got together, just like people still do nowadays… we were introduced through Kevin DuBrow. Tony already had recorded and had played with Quiet Riot and DuBrow.

Tony Cavazo had co-written that song bang your head…“Mental Health.” He wrote the music…so a lot of people don’t know that when he was in Snow, that was one of their songs and then Kevin changed the lyrics. Tony already had experience from playing with his brother Carlos Cavazo and Snow…so he really brought all that experience of being in L.A. I was new to L.A. and when I came here, I started looking and checking out bands, and trying to get into another band…but I just wasn’t really into what was going on with the styles of singing. I wanted somebody more melodic and eventually I met up and found Kelly Hansen…that was more of a flavor that I wanted to hear. It was more beat oriented, more melodic singing…really nice.

So yeah, that’s how we came about…and then Jay Schellen came in at the end to replace another drummer… Jay fit in more with our style. But we were all into being progressive and we rehearsed every day. That gave us an edge to other bands.

We knew that we had to work hard…we all had to get jobs just to sustain ourselves. We didn’t have a record deal…but we were very dedicated.

And then at the time, Mick, they were having bands pay to play which was something that wasn’t something in existence in Jersey or New York City or Boston. We would perform there, bands would perform there, and we would get paid. When I came to L.A. and Hollywood, they wanted bands to buy tickets as sell them. So I saw a way of going around that, I said “hey…let’s raise some money, cut a record and release it and we’ll get it to the radio stations.” Luckily we had KNAC… so KNAC started picking us up. So that first record, “Take What You Want,” was self-financed.”

You can read the rest of the interview with Robert Sarzo at The Cosmick View‘s website.