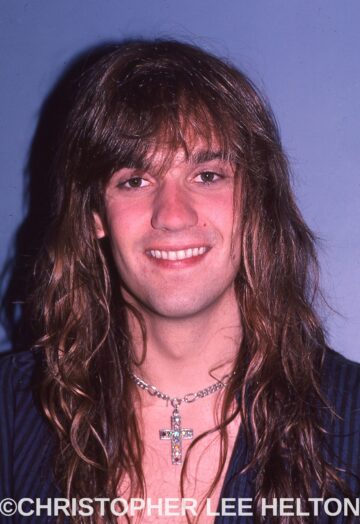 Le Tekrø was asked whether TNT have a future in terms of recording new music and playing gigs taking into account that he is the lone original member left in the band to which he replied:

“Yeah, definitely. We’ve had some tragedy, some serious illness for different members. But I think maybe in the future that we could make the very last album. We’re obviously going to continue touring in whatever line-up, with whatever line-up. But if there’s going to be new music, I’m not sure. I’ve started writing some stuff. I can’t stop. I can’t stop.”

In terms of when his new solo album Bigfoot TV came about, Le Tekrø indicated: “I would say last year. It was a compressed writing process and rehearsing and…. Bigfoot TV is the name of the album.  And it’s evolving around personal experiences. There’s one track called UFO, which is about a UFO experience I had some years back, like a close encounter. Which is dangerous to talk about these things, right? Because people think you’re a fucking lunatic or something, right?”

You can read the rest of the interview with Ronni Le Tekrø at Anti Hero Magazine‘s website.