Lillian Axe guitarist Steve Blaze was interviewed by Hall Laurel for the book Soundtrack of Our Youth: History of Hair Metal Music, which was released in September 2018 and is available in Kindle and paperback formats. 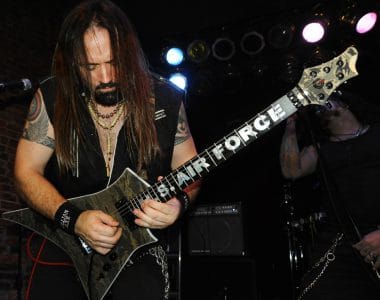 Crosby produced the first Lillian Axe album and Blaze advised how Crosby ended up doing so as he stated: “Robbin saw us when we opened for them on their Dancing Undercover tour. He wanted to produce our album and we hit it off famously.”

When asked to provide a positive story about Lane, Blaze offered: “Jani was almost Lillian’s lead vocalist when our first deal in 1987 was evolving. He flew to N.O. and spent three days hanging with me. He and I both were chiefs of our own tribes, so we went different paths, but he was a great guy, a sweetheart. The demons have claimed some of the best, e.g. Robbin Crosby.”