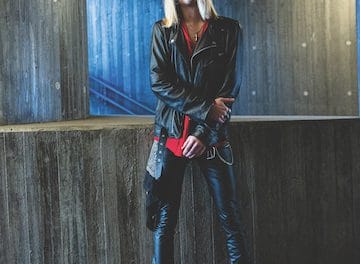 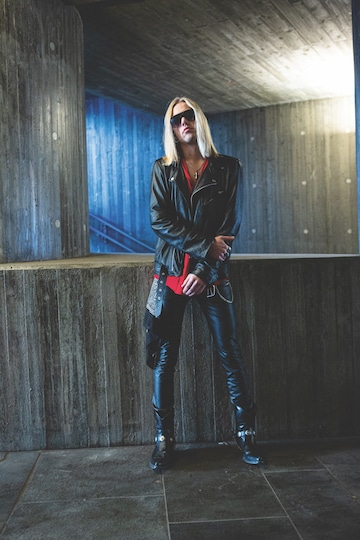 In terms of how he ended up in the Suicide Bombers, Teaze indicated: “It started when the bass player, C-Slim sent me a message on Facebook, saying that someone had recommended me for the gig as their new lead guitarist. So I showed up to the first audition, and felt really good and comfortable about my playing. Got to the next round of auditions and got the gig. I felt like I clicked with the guys on a personal level as well, and they’ve said that too. I believe my first show with them was at a private Motorcycle-Club party, so perfect for the first ever gig with them. Wasn’t nervous a bit! We’d rehearsed a lot before that gig, so felt like I’ve been in the band for a year already.”

You can read the rest of the interview with Stevie Teaze at The New Wave of Hair Metal‘s Facebook page.

In an interview with Sleaze Roxx back in October 2019, Suicide Bombers‘ frontman and band founder Chris Damien Doll explained how Teaze got the gig. Doll indicated: “We always auditions as many people as possible when we’re looking for members. Stevie was recommended by the singer of his old band. They had played support for us once, so we had already met briefly and he came with high recommendations. I don’t know how many guitarists we auditioned, but I remember it took two or three days. All of them were great! Stevie was the second guy in. He had learnt everything we had asked of him, had a good positive attitude and just felt like the right guy from the second he walked in. He nailed all the parts, embellished them and just blew us away with precision and skills. We almost made a decision right there and then, but finished up the auditions anyway.”