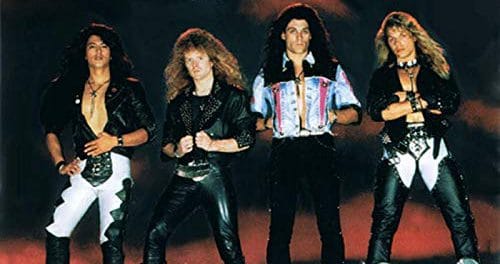 Dunn and Call were asked about the difference of recording an album now compared to back in the ’80s to which the singer replied (as provided by Pariah Rocks with slight edits): 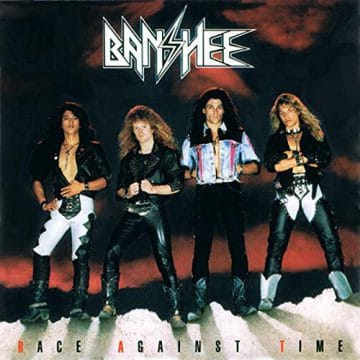 “The difference now is that — I mean back in the day — I think everybody had to kind of get together, be in the same room, be in the same state, being the same place, same studio. And now it’s kind of expanded. I mean, Terry lives in Michigan. I live in Texas, We’re spread across the USA. The albums are recorded in this, in like fashion. Mindslave was recorded in Iowa, in Michigan, in Nebraska, in Omaha, in Dallas. It was recorded all over. I think back in the day, that wasn’t the case. You know, everybody kind of had to be in the same place, same time, and then after everybody laid their parts, then maybe a guy or two [would] come back and hammer out the rest. But, I think that’s the big change. Technology has opened it up to where we can be across [the] country and still record it, still make our music and such.”

Dunn added: “I think it’s better this way because you know, back then, there was not really a lot of camaraderie [laughs] between the members of Banshee back when Race Against Time was being made. And so you know, it’s different in a sense to me that it’s, it’s a little, it’s easier for me to give the music what I think is the vision I have for Banshee is. You know what I mean? Usually it involves with me writing all the music and then, you know, going in the studio. This latest record, The Madness, was kind of written in the studio musically. There’s been conceptual songs on both records. And so, as far as melody ideas that I have, I’d share them with George or maybe record the melody of that I had in my head and send it to him.

To make a long story short, we work really well together this way. I think the camaraderie is better even as being a part… Like I said, this is more of the vision that I had for the music of Banshee and the direction. Back then, when you had three other strong willed people in the band — the drummer [Kent Burnham], bass player [Bill Westfall] and singer [Tommy Lee Flood] — there was a lot of tension and a lot of issues that I think really held us back. But I’m happy with the way we’re doing it now. On the newest record that I’m working on right now, my plan is to hopefully go down to Texas and work with everybody on this one for a month or two.”

You can listen to the interview with Terry Dunn and George Call on the Hard, Heavy & Hair Show with Pariah Burke podcast below:

Banshee‘s “Shoot Down The Night” video (from Race Against Time album):

Banshee‘s “The Madness” single (from The Madness album):