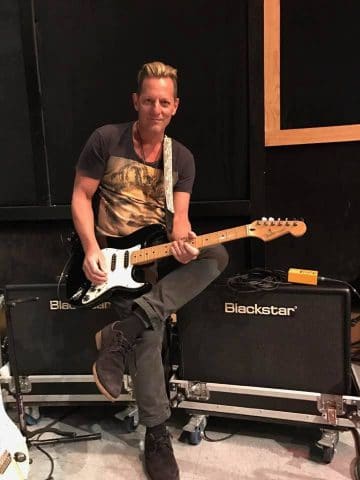 With Swedish guitarist Rob Marcello seemingly continuing to have customs / visa problems, Danger Danger have turned to former guitarist Tony Bruno to fill the void and to allow the band to play at the upcoming M3 Rock Festival in Columbia, Maryland, USA on Saturday, April 29, 2017.

Playing guitar for us this weekend at the M3 Festival will be dear friend and ex-bandmate, Tony Bruno (Tony Rey)! For those of you who don’t know, Tony played pretty much all the guitar parts on our debut album with the exception of a few Andy Timmons solos. Tony is credited as Tony Rey on our album, as well as for his own band at the time – Saraya. Tony has quite an impressive résumé, having played guitar for Joan Jett, Enrique Iglesias, Rihanna, and many more of the world’s top artists. So, if you’re a Saraya fan, a Tony Bruno fan, or just simply a Danger Danger fan, we suggest you get to the show early. We hit the main stage at 2PM! Tony will be playing all his classic licks from Naughty 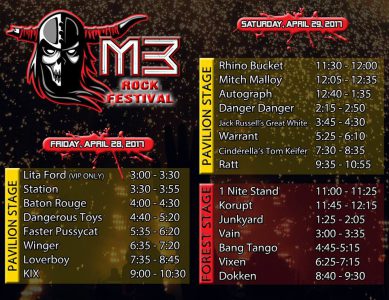 Naughty to Bang Bang, and more. Tony hasn’t played with us since our “Four The Hard Way” tour back in 1997, and has never shared the stage with Ted Poley!, so we’re really looking forward to this special show. Hope to see you there!”

Danger Danger with Trixter guitarist Steve Brown in the line-up playing “Bang Bang” at the Monsters of Rock Cruise in February 2017:

Steve Brown from Trixter filling in on guitar 🙂