After a three year period with a stable line-up consisting of Chip Z’Nuff on lead vocals and bass, lead guitarist Tory Stoffregen, rhythm guitarist Tony Fennell and drummer Daniel Hill, Enuff Z’Nuff are seemingly in the market for a new guitarist given that 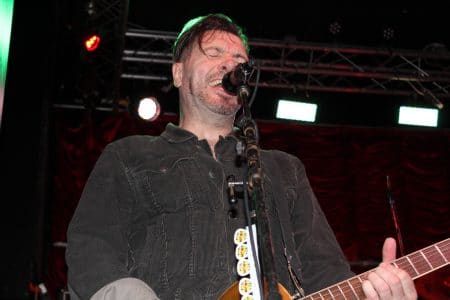 It’s with a heavy heart that I announce that I am leaving Enuff Z’Nuff. Due to work commitments and family, I’ve decided that my time has come. I’ve had a fantastic 3 years and have had the pleasure of playing with, and meeting, some wonderful musicians and diehard fans. Please, keep the faith and know that my brothers will be rocking for many years to come. I hope to bump into you all at some point in the near future.

Wikipedia states the following in part about Fennell (with slight edits): “Tony Fennell (born 16 November 1963) is a British musician, writer and producer. He was the lead singer, lyricist and musician for the band Ultravox from 1992 until 1994, as well as a writer and producer of music for television.

Fennell has signed publishing and recording contracts with Warner Brothers, Atlantic, EMI and BMG. His film and television credits include Disney, Nickelodeon, Viacom, HBO, PBS and Syfy as well as commercials for Dodge, Mattel and General Mills.”