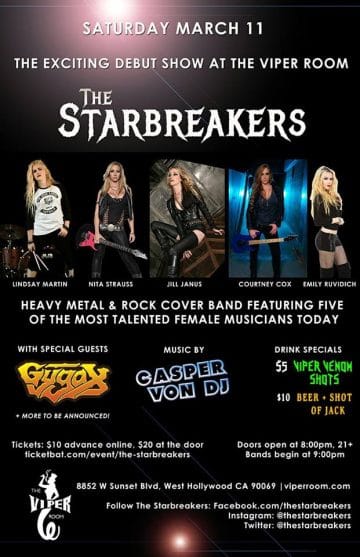 The following message was posted on The Starbreakers’ Facebook page on February 5, 2017:

“The Starbreakers will debut at The Viper Room Saturday March 11, 2017. The all-star cover band features five of the most talented female musicians today. With unparalleled musicianship and looks that kill, they’ve mastered the art of the cover song – delivering a mind-blowing live show and unforgettable party. The Starbreakers are professional international touring and recording artists, five blonde superstars who will rock your night and break your heart!