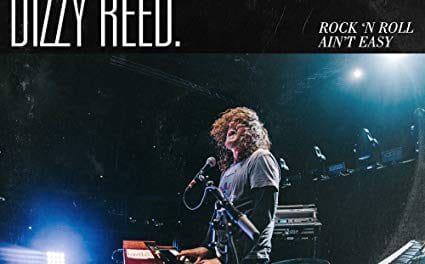 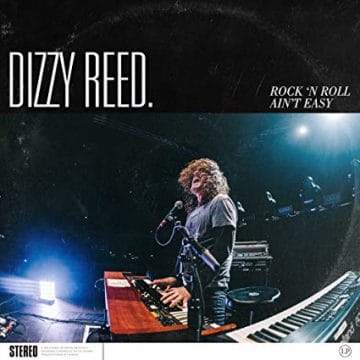 Amazon states the following about Rock ‘N Roll Ain’t Easy: “2018 release. The Guns N’ Roses keyboardist’s debut solo album was recorded with a host of high-profile musicians! Also available in purple vinyl! Having met Guns N’ Roses singer Axl Rose in a Hollywood rehearsal room, the US-keyboardist was invited to join the band in 1990, just in time to take part in the recording of both their Use Your Illusion albums. Besides his duties as a fully-fledged member of GNR (he is now the longest serving GNR-band member next to Axl Rose!), Reed has been a temporary member of Dead Daisies as well as Slash’s Snakepit, has played on albums by amongst others Motörhead, Mick Taylor, Doug Aldrich, Duff McKagan, Backyard Babies and Gilby Clarke, and was inducted into the Rock n’ Roll Hall Of Fame as part of GNR in 2012. Now, Dizzy Reed and Golden Robot Records are proud to present his debut solo album, for which he recorded 12 fantastic rock tracks, featuring amongst others Mike Duda and Mike Dupka (both W.A.S.P.), Alex Grossi and Chuck Wright (both Quiet Riot), Ricky Warwick (The Almighty, Black Star Riders), Todd Youth (Danzig), Mars Williams (Psychedelic Furs), Dan Druff (QOTSA), Bobby Hambell (Biohazard), Jeff Duncan (Armored Saint) and Adrian Young (No Doubt).”