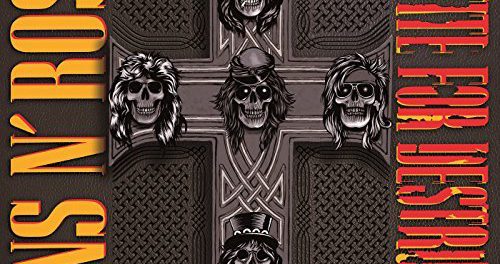 Guns N’ Roses have released an acoustic version of the song “Move To The City” dating back to 1988 and which will be included their various deluxe editions of Appetite For Destruction which will be released on June 29, 2018. 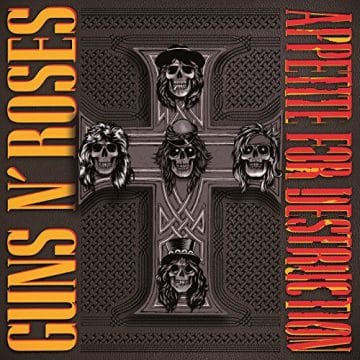 The song “Move To The City” first appeared on the EP Live ?!*@ Like a Suicide, which was released back in 1986.

Wikipedia states in part the following about the EP and songs (with slight edits):

“Live ?!*@ Like a Suicide is a four-track EP by American hard rock band Guns N’ Roses, released on December 16, 1986, on the UZI Suicide record label. (This was ostensibly a self-released record but UZI Suicide was actually part of Geffen Records.) When referred to by the band members talking about the EP, they have simply called it Live Like a Suicide. The record itself was reportedly limited to only 10,000 copies, and it came out only on vinyl and cassette formats….

The four songs were selected from the band’s demo tapes: two are cover versions and two are originals. The EP was a faux-live recording with overdubbed crowd noise, but these are in fact studio performances.

“Reckless Life” is the opening track on the EP. It opens with Slash shouting “Hey fuckers! Suck on Guns N’ fuckin’ Roses!” This song was originally written by Hollywood Rose, which had included all the members of Guns N’ Roses except Duff McKagan at one point or another. It was included in the Hollywood Rose compilation album The Roots of Guns N’ Roses. “Nice Boys” is a cover of a song by Rose Tattoo. “Move to the City” features a horn section, and is the third track on the EP. “Mama Kin” is a cover of a song by Aerosmith, a band Guns N’ Roses has cited as one of their major influences.”

Move To The City (1988 Acoustic Version)

Provided to YouTube by Universal Music GroupMove To The City (1988 Acoustic Version) · Guns N’ RosesMove To The City℗ 2018 UMG Recordings, Inc.Released on: 2…