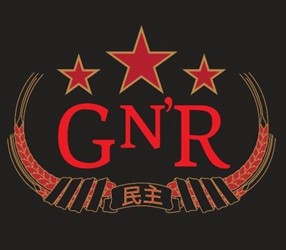 They were once dubbed the ‘Most Dangerous Band in the World’, but now they’re happy to just be known as one of the best.

Guns N’ Roses may have swapped living on the brink of the abyss with a more sedate rock n’ roll existence, but through it all they remain arguably the world’s greatest ever rock band with a back catalogue of songs to rival anyone who has ever taken to the stage or the airwaves.

Songs like “Welcome To The Jungle”, “Sweet Child O’ Mine”, “Estranged” and “November Rain” are more than just classic rock songs, they are timeless favourites – the soundtrack for the lives of more than one generation. And now UK fans can get the chance to see the legendary rockers, fronted by the ever-enigmatic Axl Rose, on tour all over the country this month — with an extra date at the London 02 added due to popular demand.

Kickstarting in Nottingham on May 19, the tour checks in with rock fans in Nottingham, Liverpool and Newcastle before crossing the border in Glasgow where Axl has always felt at home with the flame haired rocker often sporting a kilt on stage in the past. Next the tour loops back down to Birmingham and Manchester before a double date at the London 02 brings the curtain down on their much anticipated UK tour.

Forget the rumours, ignore the bad press and prepare for the musical night of your life as Axl and his handpicked band mates play the hell out of the old songs and the new ones from 2009’s ‘Chinese Democracy’ which have quickly become crowd favourites.

From the opening bars of title track “Chinese Democracy” — which is their traditional set-opener — GNR’s ear-splitting and soul-raising anthems which from the opening bars will burst forth like a ravenous beast returning to claim its territory — and reclaim it they will.

And joining Guns N’ Roses on the road are classic rock legends Thin Lizzy who have vowed to be ‘Live and Dangerous’ on the road as able deputy’s.

Thin Lizzy is one of rock music’s most recognizable names. And whilst it’s been twenty five years since the passing of singer/bassist and founding member Phil Lynott, the amazing body of work that is Thin Lizzy still retains all of its vibrancy and influence.

A new lineup has formed to take Thin Lizzy’s music to a whole new generation of music fans. Led by alumni Scott Gorham, Brian Downey and Darren Wharton (all of whom played in Thin Lizzy with Phil Lynott) the stellar lineup is completed by guitarist Damon Johnson (Brother Cane, Alice Cooper), bassist Marco Mendoza (Whitesnake, Ted Nugent) and The Almighty’s Ricky Warwick on vocals and guitar.

Thin Lizzy’s Scott Gorham says “To tour with a band the calibre of Guns N’ Roses is an honour and a privilege. Being on the road with a great band who are also great friends is the perfect way to go. It’s like one big family, so can’t wait to see you all out there.”