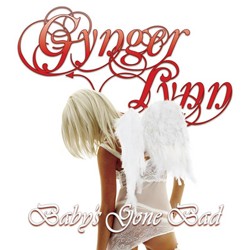 Eonian Records are set to release Gynger Lynn’s second album ‘Baby’s Gone Bad’ on July 13th. The new CD will be available for purchase at Eonianrecords.com

Not just another “hair band,” Gynger Lynn rose from the depths of basement rehearsals in 1989 and took Chicago stages by storm for over a decade; becoming one of the hardest-working and most enduring rock legends the area has ever seen. Doro, Tony MaCalpine, Tuff, Lillian Axe, Helix, Blue Oyster Cult and many others are all noteworthy notches on their touring belt and fans have been known to come from far and wide to witness them in action throughout the years.

An edgier release for the Gynger Lynn boys on their second album, as there’s “slightly” less glam but still all the same amazing melodies. All aspects of the band’s songwriting reach their respective peaks here, with the lyrical content and wording especially poignant. Excellent mood and atmosphere on this release, as just about every song strikes a chord, whether it be emotional or in a pure rocking sense. The disc’s most popular cuts, “Baby’s All Talk,” “Wanna Be Your Lover,” as well as the title track “Baby’s Gone Bad,” all weave their magic.