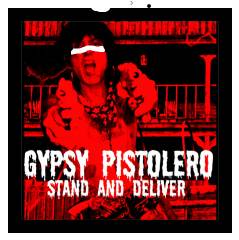 The new album ‘DUENDE! by GYPSY PISTOLERO will be released February 2011 on Beautiful Disaster Records (Australia) with an X-Mas single, ‘Stand and Deliver’ (Adam and the Ants cover), being released in early December on all digital platforms.

The album sees a return to the Lee Pistolero/Mark Westwood (Shadowland, Arena, Neo, Martin Orford band) song-writing partnership/collaboration since the WHITE TRASH U.K split. Jeff Williams fills out the band on drums and the CD will be engineered, mixed and produced by Marky Mark Westwood at Nomad 51 Studios (Birmingham)