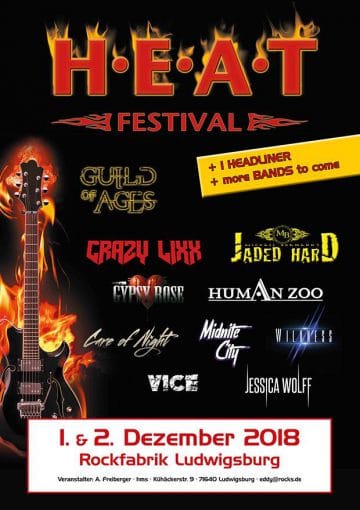 Dreams to come true as Gypsy Rose frontman Michael Ross recently stated in a Facebook post about the announcement of the Canadian rockers’ inclusion at the H.E.A.T Festival in Ludwigsburg, Germany on December 1-2, 2018.

“Dreams do come true!…Thanks to all involved making my

Dream and the bands as well come to life!….m”

Gypsy Rose released their only studio album “Prey” in 1990 on Simmons Records. This was one of the best records in Melodic Rock back then, but unfortunately they called it quits when Grunge came on the map. Now, 28 years later, founder Michael Ross heard about our fantastic festival and he said it would be a dream come true to play at least one show in Europe for those fantastic fans. Well, here they are!!!

Thanks to Mikael Svensson of Decibel Geek for making this happen!