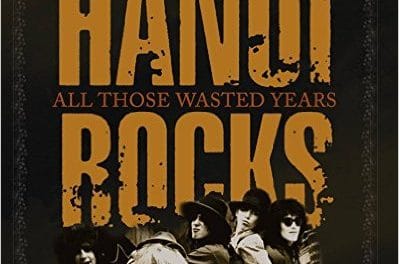 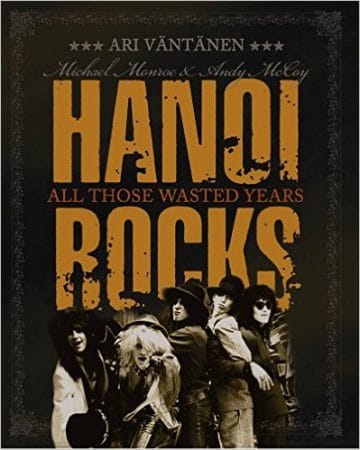 The Hanoi Rocks: All Those Wasted Years book penned by Michael Monroe, Ari Väntänen and Andy McCoy, which was first released in the Finnish language in 2009, is now available in English.

“The true story of #Finnish #glamrock superheroes, Hanoi Rocks – from birth to their early demise following the untimely death of drummer Razzle to their triumphant resurrection – as told by the band members themselves!

Newly translated into #English and published in a gorgeous 348 page hardcover book featuring many rare and never seen before photos!

Includes a Bonus 7″ Vinyl in a collectible cloth bag with 2 previously unreleased tracks from the band’s 1983-4 heyday! #Vinyl color available in White, Blue, Green or Red.”