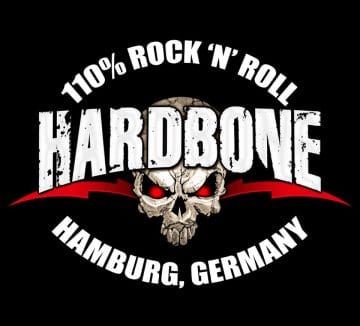 German hard rockers Hardbone have provided access to three new songs on via Reverbnation from their upcoming new album entitled Tailor-Made, which will be released on October 28, 2016.

The three new songs are called “No Man’s Land,” “Cannonball” and “We’re Not Gonna Die.”

The following announcement was made on Hardbone‘s Facebook page earlier today:

We have just uploaded three brand new songs of our upcoming album “Tailor-Made“! Check ’em out on our band profile and let us know what you think. The album’s gonna be released on 28.10. an can be preordered on amazon right now! Tuuuurn it fuckin’ up.”

Back in or about March 2016, Hardbone welcomed new drummer Benjamin Ulrich in the band.

Hardbone are no strangers to Sleaze Roxx with their first two full-length albums charting on Sleaze Roxx‘s year end top ten albums list including the band’s debut album Dirty ‘N’ Young landing the #5 spot in 2010 and This Is Rock ‘N’ Roll reaching the #3 slot in 2012. Sleaze Roxx stated the following with respect to the latter finish by Hardbone: “If I get complaints about any album reaching this list it will likely be due to Hardbone, who are making their second appearance on the Sleaze Roxx Top 10. Devoid of any real melody, harmonies or finesse, these German rockers succeed solely on working-man’s attitude. Their three-chord guitar attack is pulled directly from AC/DC‘s playbook but played at warp-speed. You won’t be signing along with any ‘choruses’, but your neck will get sore from head-banging to a musical assault tailor made for a long night of excessive drinking.”