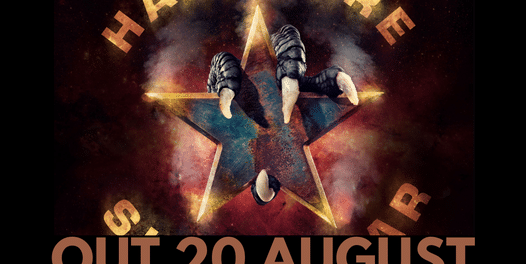 Swedish rockers Hardcore Superstar consisting of lead vocalist Jocke Berg, guitarist Vic Zino, bassist Martin Sandvik and drummer Adde Andreasson are back with a new single titled “Catch Me If You Can” on August 20, 2021. 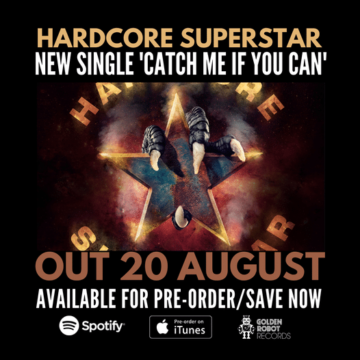 ‘Catch Me If You Can’ is out on August 20. Pre-save at smarturl.it/HS-CatchMeIfYouCan

Loud, aggressive and totally unrelenting, ‘Catch Me If You Can’ bursts out the speakers with an onslaught of attitude combined with a pounding backbeat and a chorus that hits like a freight train.”

“After 11 years in a row of having ’80s era artists or bands dominate the top spot of the Sleaze Roxx readers’ year end best album poll, we finally have a band that is part of the “new breed” take top honours. Of course, some may say that Hardcore Superstar are not part of any “new breed” as they have been around for 22 years (since 1997) and You Can’t Kill My Rock ‘N’ Roll is their 11th studio album. Nevertheless, it’s the first time since Sleaze Roxx‘s inaugural readers’ year end album poll in 2006 (when Buckcherry took the top spot) that an “older” artist or band not originating from the ’80s (or earlier) finishes at the top.”