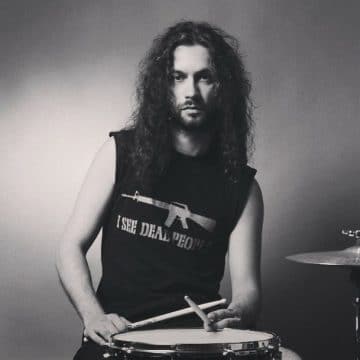 Hardline featuring powerhouse singer Johnny Gioeli have announced that they have replaced drummer Francesco Jovino with Marco Di Salvia. Jovino played with Hardline in 2011-12 and from 2014 onwards (as per Wikipedia).

The following message was posted on Hardline‘s Facebook page back on September 21, 2018:

Hey everybody, as many of you already know, Cesco won’t be playing with us anymore and we want to wish him the very best in everything he does.

Today we would like all the Hardline fans to help us welcome Marco Di Salvia to the band! Marco played his first show with us in England this summer, and we had such rave reviews that we are still hearing from people who loved it. He is an amazing talent and a great person, and we couldn’t be happier to have him with us!

Thanks as always for all your support and we’ll see you at the shows!”