“Hello everyone! For years you have shown such incredible support…and it’s been my privilege to have you as fans of Hardline, Crush 40, and Axel Rudi Pell. Your love of this music and the friendships I have cultivated are the lifeblood of my career. And 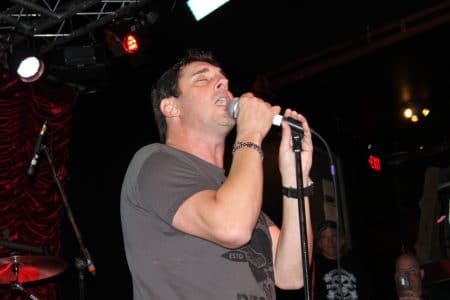 now, I’m excited to announce that I will be creating my first solo album. But I will not be doing this alone…it will be YOUR album too! Since I was eight years old, I dreamed of making music and made it my life’s work. I’ve always thrived on the indescribable feeling of “changing someone’s life” through music. Music can do just that! It’s changed mine. And I have never taken the gift of making music and connecting with people for granted. Ever.

Anyone who knows me knows that I care tremendously for the fans of my music, yet we all know life can sometimes get in the way of having time for creativity in keeping the music alive. I need that time now…so let’s make this music together…with your pledge, you are helping to raise funds to support the investment I will make to produce my first solo album and I want to thank you all in advance! I will also be donating to a great cause that is dear to my heart. A tragic story of our friend’s son who had a horrific accident, leaving him paralyzed. He’s a high school student fighting for movement as simple as moving his finger, and I want to find a way to “pay it forward” and use the good things happening to me, to help someone else. The average cost of rehabilitation in the first year, far exceeds anything they can raise on their own. Let’s all help keep the music alive and help my friends too.

This campaign is a way for ALL OF US to be connected. So check back often for updates on the album, and exclusives that will only be available to pledgers. Which includes something else near and dear to my heart…for years, I have been asked why the song Colorblind was never released. This is a song I wrote early on, but not really for a Hardline album. So it seems only right to finally record that song for you, and available as an exclusive offering through your pledge!

When you make a pledge, you’ll not only receive the solo album, but you will have access to all the exclusive updates. You can get involved at any level from being the first to receive the finished album (digital download and CD) to exclusives like an autographed CD, tickets to a live acoustic performance (streaming video), original Hardline and Axel Rudi Pell memorabilia, handwritten lyrics, and many more items that have been part of my personal collection.

Thank you for being a part of something I love so much and hopefully, something you will love too. Blessings to all. ~Johnny

If you have any questions about the campaign or how to pledge, please email us at hardlinerocks@yahoo.com.”

Sleaze Roxx stated the following at Gioeli‘s Rock N Skull Pre-Party performance on October 27, 2016: “The surprise of the night for me was Hardline‘s lead vocalist Johnny Gioeli who on this night was also referring himself as “Karaoke Johnny.” “Karaoke Johnny” you may ask? Yes. To my horror, Gioeli showed up on stage with his iPhone providing the music as his backing band. Now normally, I would be almost disgusted in seeing that. However, once Gioeli started singing, all of my negative thoughts about his upcoming karaoke performance evaporated. The reason why? Gioeli may well be the best singer that I have ever heard live. Wow! Can that man sing! Not only can he sing just about any song including a cover from the almost untouchable deceased Queen frontman Freddie Mercury, he also had great stage presence and interaction with the crowd.”