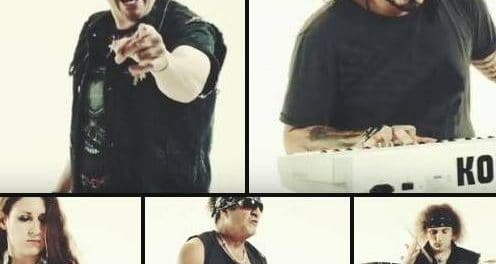 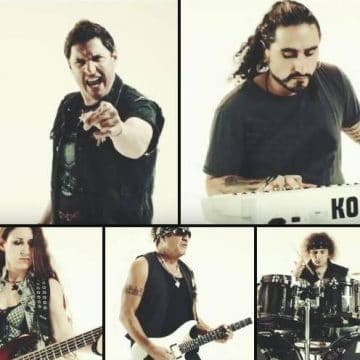 Melodic rockers Hardline will be playing songs that they have never played before or not played in a long time to celebrate the release of their debut album Double Eclipse 25 years ago.

“2017 is a special year for Hardline – believe it or not, it’s the 25th anniversary of the debut album, Double Eclipse!! I put my whole heart and soul into writing those songs. Getting that record deal and recording those songs with guys like Neal, Deen, Todd, and Joey was a dream come true. I still remember coming over to the UK and touring with Extreme.

But you know the other dream come true, is to be here…25 years later, with a new lineup that I’m unbelievably proud of, and still hearing from amazing people like you who love these songs and come to shows to hear them and sing right along with us. So we are going to make this year very special…I’m breaking open the vault and we are going to perform some songs that haven’t been performed live in a long time, or haven’t been performed live at all. Here’s one of them, and I know our UK fans will remember because in 1992 we released the ‘Can’t Find My Way‘ EP over there and I had fans come up to me at Firefest to ask me to sign it!!
Thank you all….from my heart….thank you.

Sleaze Roxx stated the following in its review of Hardline‘s debut album Double Eclipse: “The debut album from Hardline, featuring ex-Journey axe-man Neal Schon, has proved over time to be a melodic rock masterpiece. The group had minor radio success with the unbelievably catchy rockers “Takin’ Me Down” and “Hot Cherie” (a revamped version of Streetheart‘s song). Throw into the mix similar songs such as “Dr. Love”, “I’ll Be There”, “Bad Taste”, the amazing ballad “Change Of Heart” and a pretty instrumental named “31-91” and you have the ground work for one awesome album.

The band was full of great musicians that were able to achieve a killer sound, not that far removed from bands such as XYZ. Unfortunately, the timing was wrong; if this had come out three to four years earlier it would have been huge. Double Eclipse is a perfect example of what great melodic metal is, and easily receives two thumbs up!”