Bad Reputation Records has released a reissued and remastered version of Hardline‘s Double Eclipse album with four bonus tracks. However, this release appears to be without the blessing from Hardline‘s frontman Johnny Gioeli who posted the following message on the band’s Facebook page yesterday:

“Hello everyone – we’ve become aware of a new reissue of the Double Eclipse album. Please be cautious about purchases such as these. You can’t remaster an album unless you HAVE the master. This is unfair marketing. Although I appreciate support for Hardline, it is not nice to take someone’s life work and add some songs and make it something new. If you must have this, OK – otherwise, please wait for the REAL reissue which I own. And remember, there are some things which ONLY I can include in a reissue.
Cheers~ 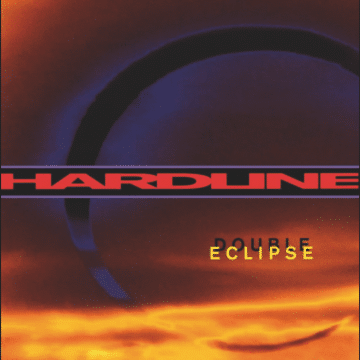 Sleaze Roxx stated the following in its review of Double Eclipse: “The debut album from Hardline, featuring ex-Journey axe-man Neal Schon, has proved over time to be a melodic rock masterpiece. The group had minor radio success with the unbelievably catchy rockers “Takin’ Me Down” and “Hot Cherie” (a revamped version of Streetheart‘s song). Throw into the mix similar songs such as “Dr. Love”, “I’ll Be There”, “Bad Taste”, the amazing ballad “Change Of Heart” and a pretty instrumental named “31-91” and you have the ground work for one awesome album.”