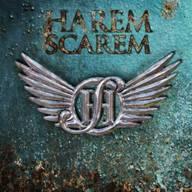 Frontiers Records is proud to present the final HAREM SCAREM studio album “Hope” for release in Europe on July 4th 2008!

No other band in the Melodic Rock genre has delivered the goods through such a varied discography throughout their career as Harem Scarem. The Canadian quartet makes no exception to the rule with the band’s twelfth and final studio album. After 20 years of activities, Harem Scarem have infact decided to move on to other things.

“Hope” is therefore their final record for themselves and their fans all around the world: a release which marks the final testament to the art and craft of a legendary band in Melodic Hard Rock.

In band’s singer Harry Hess words: “The new album follows in the footsteps of our recent releases. I’m sure our long time fans will not be disappointed as all the hooks and choruses are there once again, wrapped at times in a slightly heavier and darker tone”.

The result is truly Harem Scarem’s most intense, moody and passionate album to date. A top production and a straightforward Melodic Hard Rock sound make “Hope” an unmissable opportunity for all the fans to enjoy the very last studio effort from a legendary band that has written real milestones in the Melodic Hard Rock musical style.

The album will be released in Europe on Frontiers Records on July the 4th 2008.