French rockers Harsh consisting of frontman Albert Arnold, guitarist Séverin Piozzoli, drummer Leo Lowenthal and bassist Julien Martin have unveiled a video for their new single “Good Lovin'” from their upcoming album Out of Control. the group’s next singer “Fire At Will” will be released on February 24, 2022. 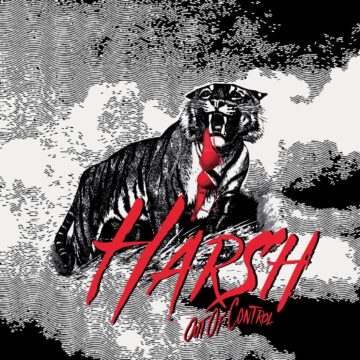 Harsh‘s biography on their website indicates (with slight edits):

“Never has a band’s name been more accurate, “Harsh“.

It’s with the dizzying scents of a Jack Daniel’s laid against the amp, with saturated Gibsons meeting the leopard leggings, and by the frenetic scenic passion that you can guess the typical glam style of the parisian band, formed by twenty-years-old.

Their influences? The old vinyls, worn out and embalmed with a fragrance of a beer by Van Halen, Guns N’ Roses, Bon Jovi, Mötley Crüe… All these references that will make the band cause a distortion hurricane, bringing us back directly to the golden age of the 80’s.

The band released their single “Under The L.A. Sun” in 2018, then recorded their first EP “Slave“, out since October 13th, 2018. Since then, Harsh has released a new single “Tease Me” and has been playing across France and abroad, opening for international artists like “Inglorious”, and are announced on the European tour of “Loudness” and “Anvil” in 2020.”