That is indeed an intriguing question. Back on August 1, 2016, Ratt drummer Bobby Blotzer advised ClassX Radio in an interview that he was considering making some line-up changes. 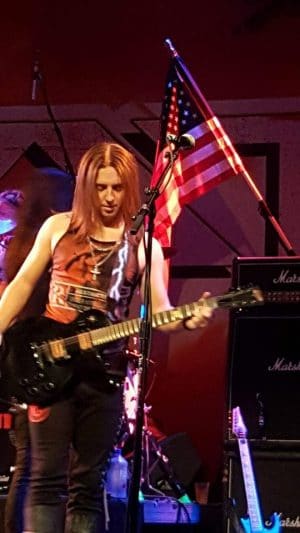 Although Blabbermouth referred to a press release by Blotzer on Facebook, this does not appear to be publicly available, was removed and/or cannot be found at this time. It appears that Blotzer posted on Facebook earlier today that Baum was no longer part of the Ratt band before the post was removed altogether.

Said Blotzer in a statement on Facebook: “While we are shocked and saddened by the events that led up to his departure and do not agree with the manner and time frame in which he chose to let us know, in that only giving us only two days for his replacement, we all can live with his decision to move on with his career and wish him the best in the future in country music.”

He added: “RATT will, with great integrity, rear up on its back legs with its head high and come out to Sturgis at the Buffalo Chip in front of 35,000 fans this Thursday then Montana Rockin’ The Rivers festival with 20,000 Friday kicking all kinds of ass as always.

“We know you understand that things don’t always end up the way we’d like them to. But, know that we have high expectations and want that to translate to the stage with the best players as always.”

Baum took part in Bobby Blotzer’s Ratt Experience before the group’s name was changed to Ratt in or around September 2015.