All-female British rock group Häxan have elected to part ways with their original drummer Charlotte Bolderson even though the latter wants to remain in the band. 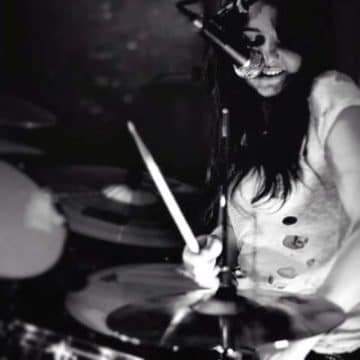 The following message was posted on Häxan‘s Facebook page less than an hour ago:

“Häxan regret to announce that they have parted ways with long time drummer Charlotte Bolderson.

Charlotte has been there from the very beginning, since before the days of Häxan. Years of touring and recording has steadily increased our fanbase and has led to some amazing opportunities all over the world. During this growth, Charlotte‘s hard work and dedication to the band and our fans has helped to build our reputation from the ground up and has been integral in shaping us into the band we are today. We’ll always be grateful to have shared this with her.

This was not Charlotte‘s decision, and certainly not one that we reached lightly by any means. As many bands do, we have recently experienced some difficulties which have unfortunately led us to feel that we can no longer continue with Charlotte as our drummer, despite her wanting to remain in the band, and we believe that this is the only way for the band to be able to move forward.

Our journey together over the years has been something we’ll never forget as we move on to the next chapter, and we wish her the best with her future endeavours.