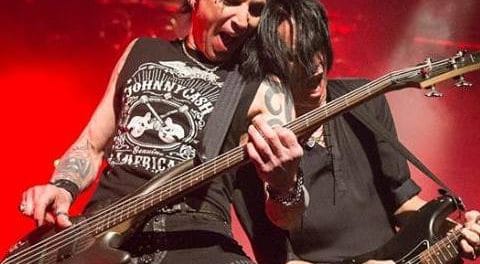 Terrible news for Heavens Edge as their bassist George “G.G.” Guidotti has been diagnosed with stage 4 cancer that can reportedly be treated but not cured. As a show of solidarity, Heaven’s Edge have elected to postpone their upcoming shows until Guidotti is better.

The following message was posted on Guidotti‘s Facebook page yesterday: 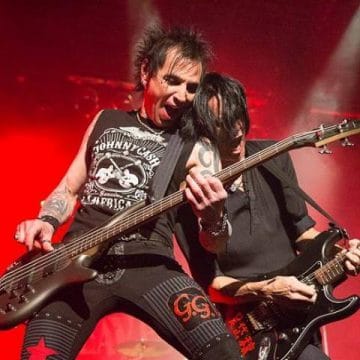 “I’ve been putting this off for a couple of weeks now as I have been trying to figure out the right way to say it. But since there is no sugar coating it, I may as well call it what it is.

I have been diagnosed with stage 4 lung cancer. I was told they can’t cure me. They think they can treat me though. That means you people will have this rocker to party with for a while longer. I intend to fight this with the same attitude I bring to everything else in my life. I’ve never backed down from a challenge and I don’t expect to start now. In my life I’ve been struck by lightning, hit by a car, shot at point blank range with a shotgun and even had to undergo brain surgery two years ago for a condition they used to call “The Suicide Disease” before there was a cure because it was so painful, people would kill themselves. This one is tough though. I’d be lying if I said I wasn’t scared. But I know I’ve lived my life with intensity and attitude. I’ve seen and done more than most. Some shit I’d probably like to forget. Other things I’ll always laugh about and remember because I know how lucky I have been. I got to live my dream for a period of time. I got to meet people I always wanted to (and some people I wish I didn’t!). I got to be a part of a family who raised me and cared for me, with brothers and sisters who are there for me to this very moment. I got to love people and have them love me back. That stuff made me who I am…all of it. The good, the bad, the ugly….and the good looking.

I’m going to start radiation this week. And then I’ll be undergoing chemotherapy for a while. Don’t expect me to post pictures of me without hair. That ain’t gonna happen. But I’ll probably update everyone as this treatment continues. I am a believer that anything can happen. Because I’ve seen it. So I’m going to believe that I’ll be back up there with the guys, playing on stage again, where I love to be. I intend to continue to kick everyone’s ass many more times before I hang up my bass for good. I expect to laugh with everyone and live as much life as they’ll give me. And what they don’t give me, I’ll take.

I’ve never asked for this before, but I may as well now: Keep me in your prayers. This rock star isn’t afraid to ask. What the fuck do I have to lose? 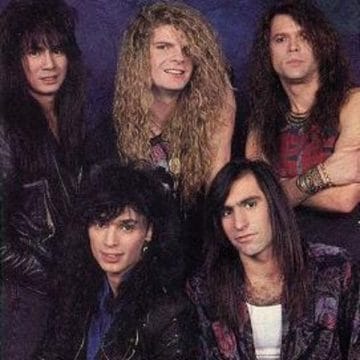 Thanks everyone for everything. I really do love you all. I’ll see you all soon.

“By now many of you have heard the news about George’s health issues. GG has a tough fight ahead of him, but we all know what a powerhouse he is, and we have faith that if there is anyone in the world who can beat this thing, it is George. He’s going to give it everything he’s got and we will all be beside him every step of the way.

Heavens Edge makes every effort to deliver the most high energy, impactful and entertaining show that five guys lucky enough to still be doing this can deliver. If all five of us can’t be at our best, then all five of us stick together and pick each other up until we can. Therefore, we’ve decided to postpone our scheduled live appearances until we can perform together the way George and the rest of us feel is worthy of the love and support the fans have shown us for more than 30 years.

We thank you and appreciate all of your prayers.

We will see you all soon.