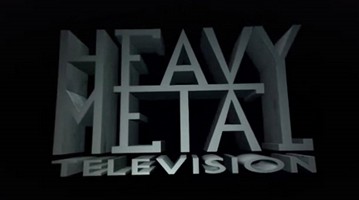 Prepare to call your local internet and cell phone provider to demand more bandwidth because in less than 24 hours, the internet’s first ever live streaming television network will be commanding your attention.. And, it’s a heavy metal television network.

From Lamb of God to Motley Crue and from Behemoth to Shinedown, Heavy Metal Television will bring both current and classic hard rock and heavy metal videos to your desktop, laptop or net ready flatscreen TV. Presented by young, talented V.J’s across the planet, no matter what your taste in hard music might lean toward, give the station a span of five videos and you’ll find a band that you love.

The site is 100% free, with no login necessary, no passwords to remember, no registration, subscription. None of that — you just point your browser to www.heavymetaltelevision.com and start watching. It’s really as simple as that. Why complicate matters, right? And this metal show runs 24/7/365 with International Heavy Metal Week celebrated 52 weeks out of the year.

Heavy Metal Television has eclipsed Google, Apple and Microsoft in terms of getting a live television station running on the web. And they’re pissed. Why? Because Pantera and Iron Maiden fans are beating them at their own game, ruling the World Wide Web with the first 24 hour streaming television network, station or channel on Earth forever free.

As Wednesday rolls into Thursday at midnight PST make sure you’re tuned in to www.heavymetaltelevision.com — a revolution is calling.