Helix‘s long-time frontman Brian Vollmer was recently interviewed by Jimmy Kay of Canada’s The Metal Voice and spoke about the new Helix Greatest Hits album that is part of the Icon Series as well as new upcoming material. 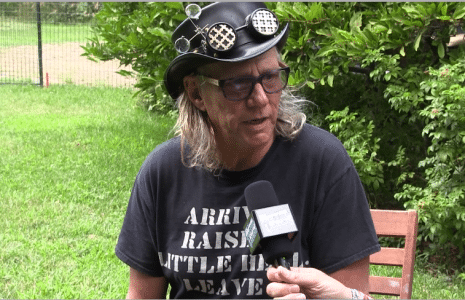 In regards to a new album, we are planning on getting the writing done this fall, probably out next year 2019. I have already written one song with Sean Kelly that’s a real rocker and it started off as a seven minute rap that I wrote down in Florida called the Helix Story, it just tells the story of Helix. We recorded the rap in the studio and now we are putting on the sound effects, that rap will then rolls into the song hard rock song  I wrote with Sean Kelly.”

Helix‘s last studio album was titled Bastard Of The Blues and was released in 2014. Sleaze Roxx stated the following in its review of that album: “By no means perfect, Bastard Of The Blues does prove there is lots of gas left in the Helix tank. The album has far more in common with Vagabond Bones than it does with the band’s most memorable releases or the best forgotten early 2000’s era. The thing about Helix is that no matter what you think of their studio releases — and after 35 years you should know by now if you enjoy the band or not — they always deliver live, and I’m sure Vollmer and company will turn some of these tracks into hard hitting staples when they step onto a stage in a rundown bar.”

Interview with Helix singer Brian Vollmer by The Metal Voice: