Helix frontman Brian Vollmer was recently interviewed by Highwire Daze and asked to share any stories that he would have about Motörhead‘s deceased band leader and frontman Lemmy Kilmister. 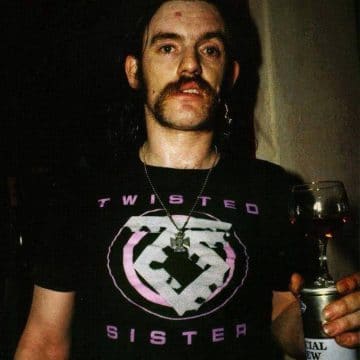 Vollmer advised: “I loved Lemmy. He was a kind, intelligent, and funny guy. What you saw was what you got. Story: We both were sent to do a radio interview while on tour. The DJ told us the station wanted us to do an anti-drug commercial once the interview was done. I thought to myself, “What the hell is Lemmy going to say? He does an inordinate amount of crystal meth every day and drinks a bottle of vodka.” Well, Lemmy didn’t miss a beat! He pulled the microphone up to him, and in his usual gravelly Lemmy voice growled, “Hey kids-don’t do drugs! All my friends who done drugs are either dead or they’re going to die, so don’t do drugs!””

In terms of what’s up next for Helix. Vollmer indicated: “More touring & writing. I’ve downsized from Planet Helix to a smaller house to give myself time to work on my films. I have tons of footage of the band from the last 40 years. I also want to do a series of films on what I teach- Bel Canto – the oldest method of singing in the world, invented by Leonardo Di Vinci.”

You can read the rest of the interview with Brian Vollmer at Highwire Daze‘s website.