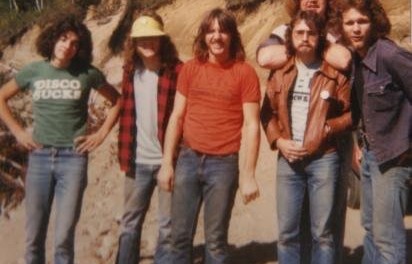 Helix release vintage video from back in 1979 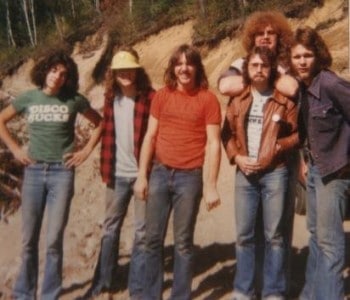 The video was recorded in 1979 at Amarillo College in Texas during Helix’s seemingly first tour. This was before White Lace & Black Leather, and features original bass player Keith Zurbrigg in top hat and tails. There were about 500 people in the audience, but Brian Vollmer said we still felt like “stars”.  A few years later, they were.

Vollmer‘s comments on YouTube indicate: “Here’s another BLAST FROM THE PAST. This was filmed during our very first tour of Texas in 1979 (I believe) at JACKSON STREET LIVE at Amarillo College. I remember driving around all day long with program director Chris Johnson listening to Helix blasting out of the college radio station. Truly a high! Chris would be a friend of ours for many years, at one point coming out and traveling with us for a couple of days in the bus on the Whitesnake Tour. Chris was a Vietnam war vet and had a bad flashback while sleeping in one of the bunks. Truly sad…He died a few years later. Never found out from what, but he was missed. A good friend.”

Sleaze Roxx stated the following in its concert review of Helix‘s performance at Niagara Falls, Ontario, Canada on November 7, 2015: “As much as my concert experience this time around was hampered by the venue’s seating policy, Helix were the consummate professionals putting on a kick ass performance and rocking out despite the mostly seated concert goers.”

Here’s another BLAST FROM THE PAST. This was filmed during our very first tour of Texas in 1979 (I believe) at JACKSON STREET LIVE at Amarillo College. I r…