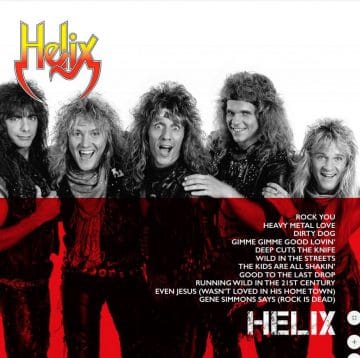 “So, if you haven’t pre-ordered the new Helix vinyl/CD on Universal, whatya waiting for? Ironically, for the 7 years we were with Capitol/E.M.I., they never ever put out a vinyl “best of” album. Now that Universal has bought the catalog they’re putting out a series of albums from bands on the roster called “The Icon Series“. The Helix Icon album has all the hits plus two new tracks: Even Jesus (Wasn’t Loved in his Home Town) and Gene Simmons Says (Rock is Dead). The album and CD will be out by July 10th. If you’d like to order an advance copy, the vinyl is $25 plus shipping, the CD is $15 plus shipping. You can order it here: http://helix.rockpapermerch.com/”

from the Rock It Science CD – release June 2016